And that’s when everything started.

And now, here’s what Stars Go Dim is in 2015 and moving into the future: an immersion of modern pop, infused with both deep meaning and well-honed fun, merging layers of guitars, keys, loops and percussion to convey timeless messages. Over the course of the next two years, Chris began to write and began to play shows again. This is where time and thought, and patience and experimentation, and struggle and innovation all came together for something excellent. 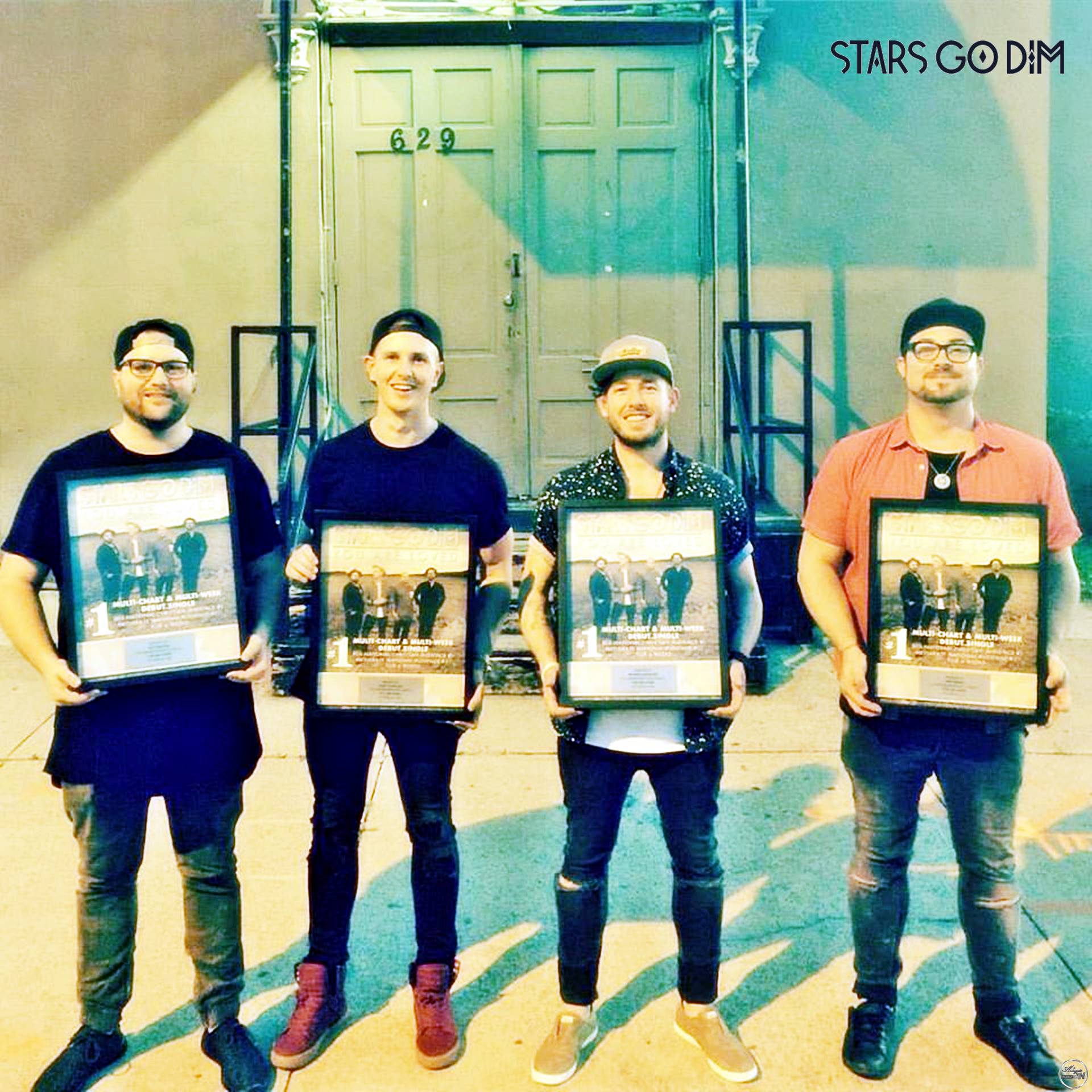 Stars Go Dim, partnering with Fervent Records -Word Entertainment- along with their co-writers and producers, eschewed the 21st century idea of “record today, release later today,” and put together ideas for more than 60 songs before winnowing down to the 14 that make up their self-titled re-debut.

A lot of that experimentation came from making the purposeful effort to define a sound, something that was tough to do with the diversity of talents and experiences from all who participated in the creative process. “It was a real process getting to know where we wanted to go and were capable of going with these songs,” Chris continues. “So once we sat down and chose songs to cut, we had these ideas and templates surrounding each one and how they should sound. As each one took shape, another piece was added to the puzzle, and each time that happened, the project came more and more to life.” And that life is felt most vividly on the project’s first single, “You Are Loved.”

It’s a simple idea so often forgotten in the fractured attention span of life today, so Cleveland knew it was a reminder that the world desperately needs.

“As we've been paying attention to the reaction for the single, it blows me away to see the need,” Chris says. “For me, that's a message for my sons and daughter as they grow up. I want them to know their innate value and their worth. We get comments all the time about how much this simple, yet powerful message means to people.” The messages on the 14-track self- titled album are not only timely but also timeless. The project boasts opening track – the reinvented hymn “Doxology” and the closing song is a memoriam called “Here” – serving as a reminder of both God’s presence in the universe and our ongoing need for it. “Doxology, I wrote for my church; I had no intention for it to be a Stars Go Dim song,” Chris says.” “I wanted to take a song that was formidable, had deep theology, historical significance and was something people knew, and I wanted to do it in a way that my modern congregation could sing it, relive and own in their hearts.” “Before I knew where anything else would go, I knew ‘Here’ was going to be the last song on the record,” Chris says. “It's about a dear friend of mine, Chase Lovelace, who passed away from cancer at a young age. I've never seen a faith as strong as his amidst a truly dire situation; it was an incredible thing to witness.” “The song is an honest reflection of what was going on in me at that time, he says. “It’s a reminder that life is shorter than I think it should be. So, when people approach this record, I want them to start listening and get the message of God and His holy presence, and I want them to end their listening to this record knowing that no matter what they go through, whatever circumstance, that God is still and always with them.” 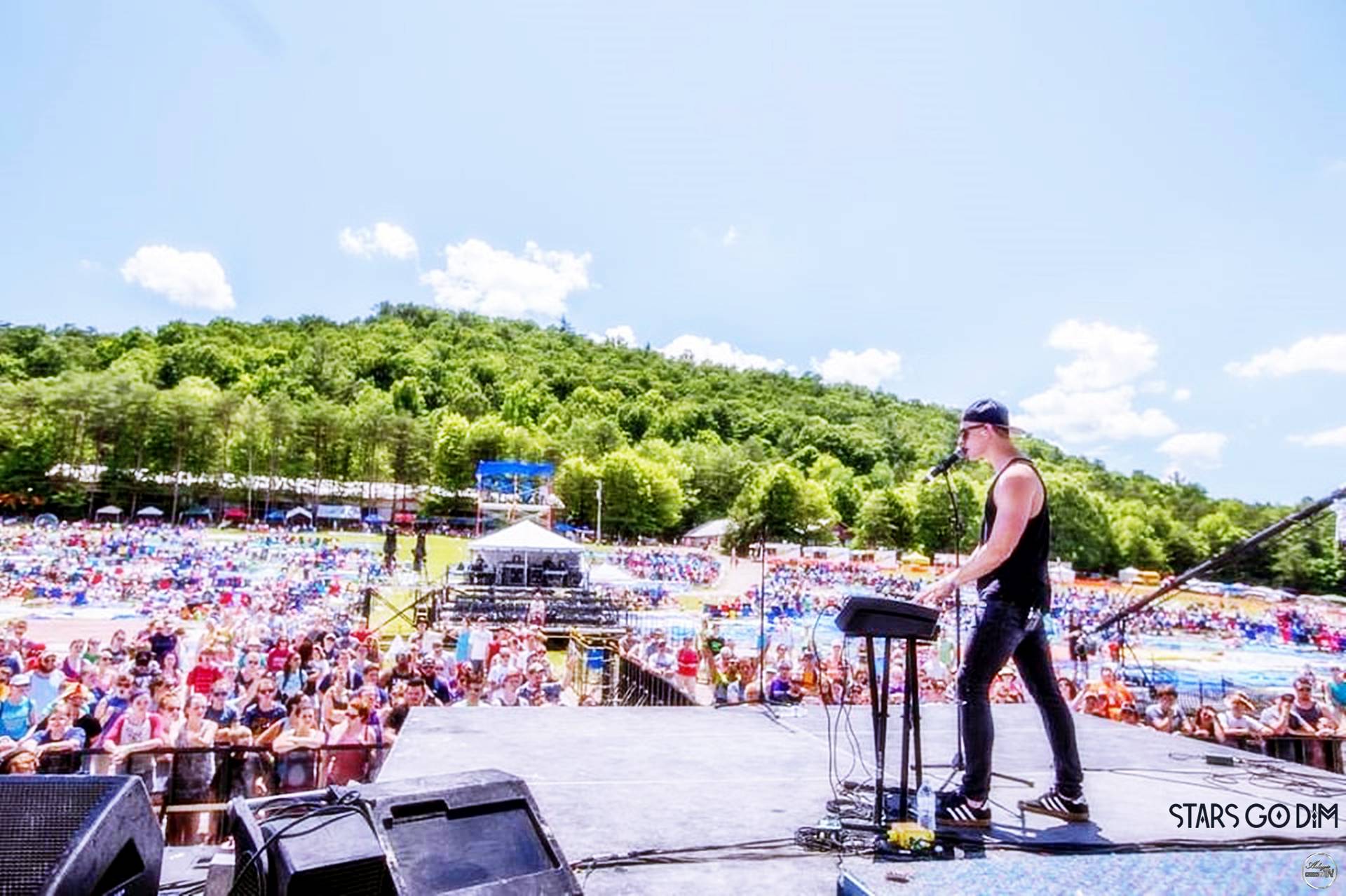