His music is tuneful, universal, and authentic… joyous, popular, and eclectic. L’Algérino, whose real name is Samir Djoghlal, is an international success, a rarity in the French music industry. He started out in Marseille’s rap scene and got his big break with one of the biggest hits of 2010, Sur la tête de ma mere. L’Algérino has put out seven solo albums, released countless singles, and made several big career moves, the most decisive in 2015, when he founded his own label, Black Pearl Music. In April of the same year, he released a North African-inspired party single “Le Prince de la ville” that boosted his trajectory. It was a runaway hit, with 78 million views, that made a name for L’Algérino outside France. During that period, Samir got back to the essence of his music: fun and spontaneity. The fans loved it, given the incredible number of views for each of his videos: 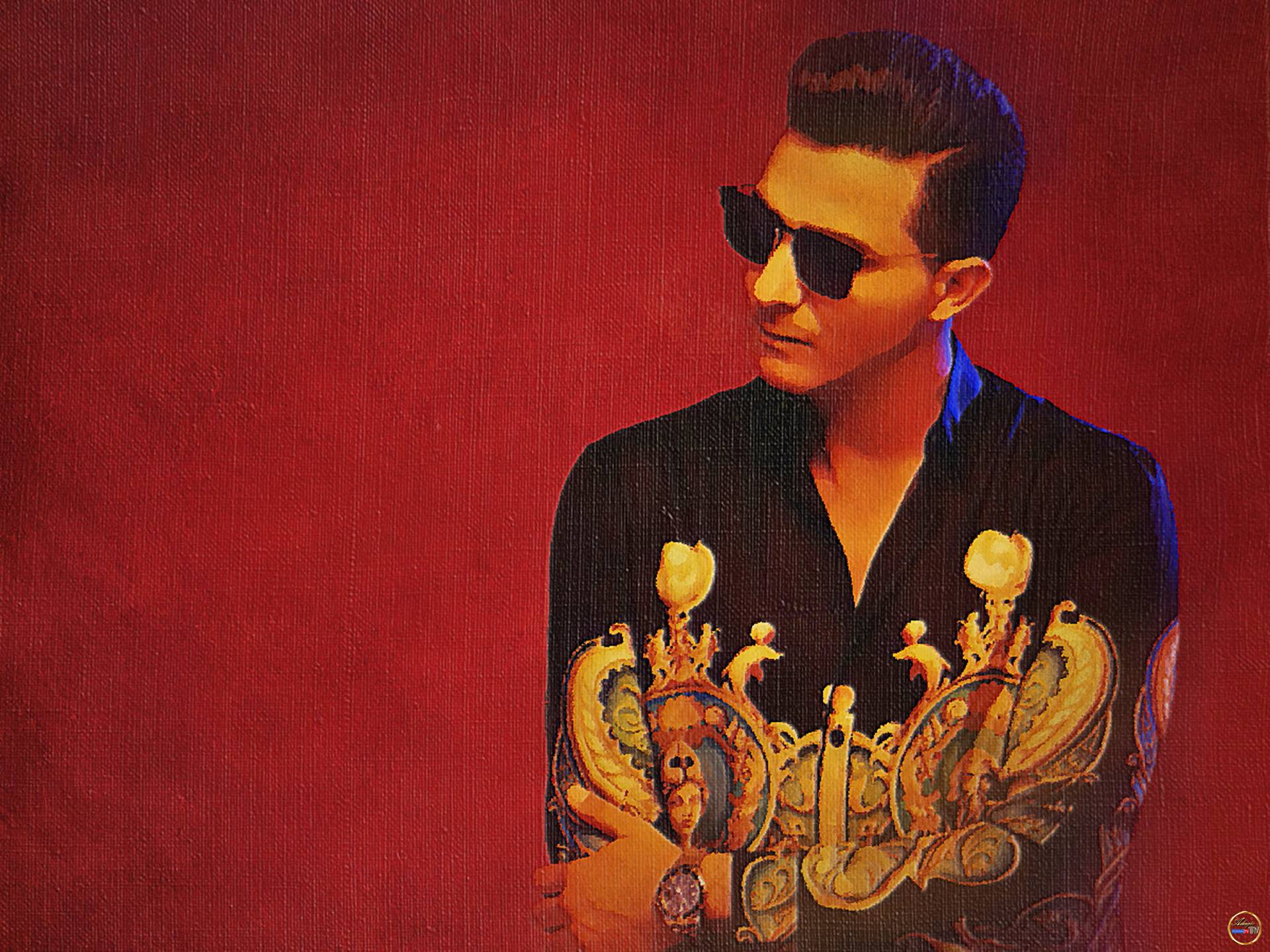 confirmed his phenomenal success and gave him a ticket to concert halls and nightclubs around the world. But with all that touring, L’Algérino still found time to work in the studio. His latest album, boldly titled “International,” is out on June 22! Born on May 2, 1981, Samir grew up in La Savine, in the northern districts of Marseille. A music fan from early on, the first rap album he listened to was IAM’s “Concept,” on tape, at the age of 8. It made a big impression, and a year later, he started writing songs and formed his own group with some childhood friends. Rap would become a constant presence in his teenage years, but he never imagined he would go anywhere with it. Music was something he did for fun, after school. Ironically, he was discovered while freestyle rapping by Akhenaton, the legendary rapper and member of IAM who Samir idolized in the 90s. Akhenaton saw Samir’s potential and decided to give him a chance, signing the young rapper to his label. In 2005, L’Algérino released his first purely album “Les derniers seront les premiers,” under Akhenaton’s watch. For his second album, he joined the label Six-O-Nine (which produced Sinik), whose members he had met after a concert. L’Algérino stayed with Six-O-Nine for his next three albums, “Mentalité Pirate,” “Effet Miroir,” and “C’est Correct,” released between 2007 and 2011. During that time, he showed just how versatile he is, with hits like “Johnny Hama,” “Sur la tête de ma mere” and “Avec le sourire,” with the open spirit and off-beat humor he is known for today. 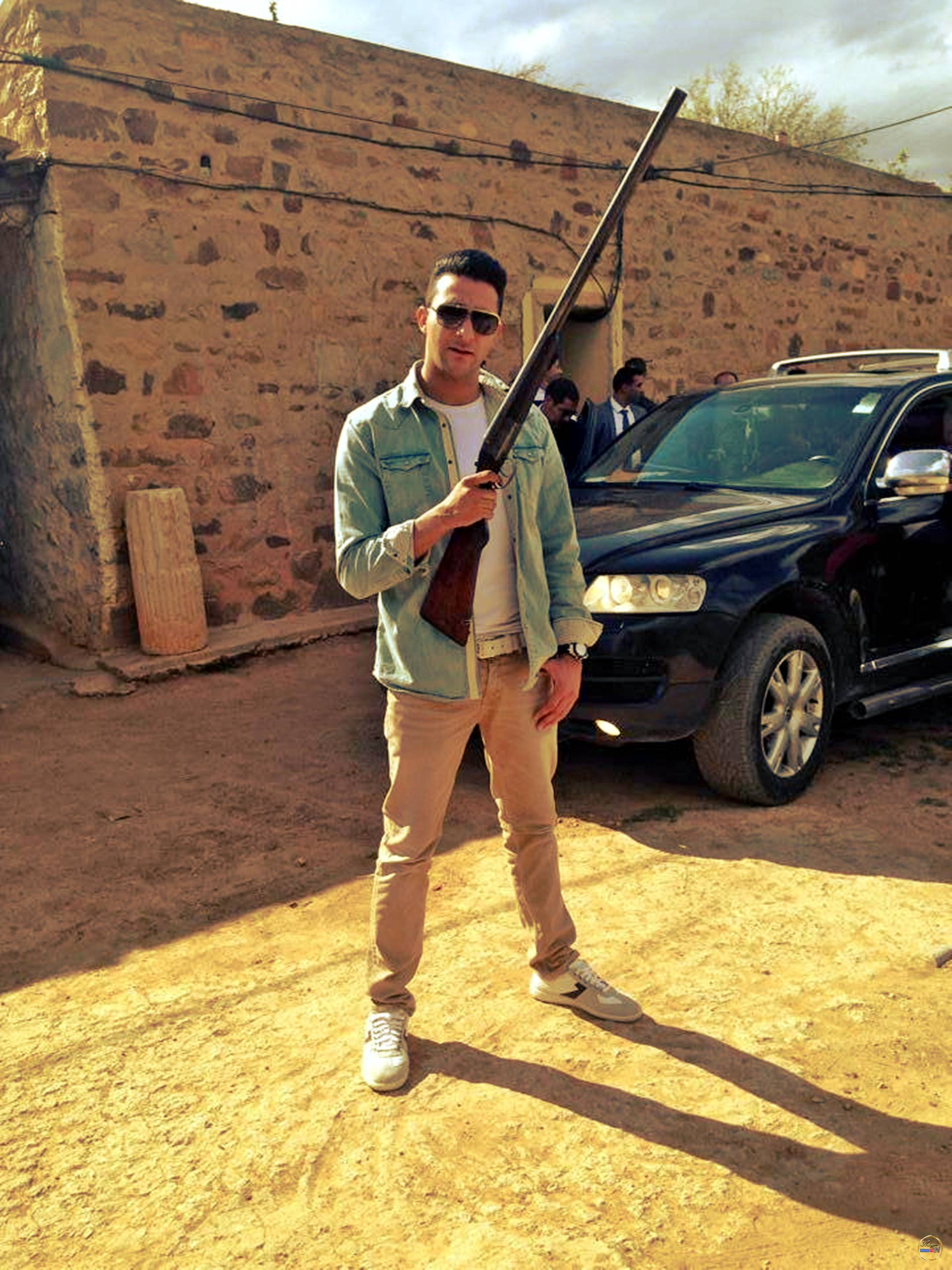 As a trailblazer in Marseille’s upbeat version of rap, now popular everywhere, “L’Algé” was also one of the early proponents of showcases. From 2011 to 2014, he appeared multiple times on stage and in clubs. After a brief stint at Monstre Marin, Maître Gims’ label, which released the album “Aigle Royal,” Samir took his career back into his own hands and founded his own label, Black Pearl Music. L’Algérino had been in the spotlight since 2005, so he had a front-row view of the changing music industry. When he realized the importance of image, he took over creative vision of his videos, as director. For his “comeback” single “Le Prince de la Ville,” he gave cameos to Marseille’s YouTube stars, Bengous and Les Déguns. It had a party-ready melody with North African flourishes, but the sound was pure Marseille. It was a one-two punch that immediately resonated with fans, a total success. It was a glorious paradox: by refocusing his music on himself, his personality, and his origins, his music went off the charts. It was the confirmation he needed that songs have no language barrier – the decision was up to the fans. Fun and spontaneity are all the matter. Boosted by this success, he moved straight onto the “Oriental Dream” project, quickly followed by “Banderas.” Both albums were fun and eclectic, packed with hits: “Le Prince De La Ville,” “Marrakech St Tropez,” “Diggi Style,” “Panama,” “Si Tu Savais -A Yema,” “Mi-Zamor,” “Banderas,” and “Les Menottes,” to name a few. The last two singles easily exceeded 100 and 300 million views on YouTube, with ten million being the strict minimum for L’Algérino, who seems to be going through a second wave of fame. The figures may seem bombastic, but it makes sense. His rap isn’t confined to French borders, it’s universal. 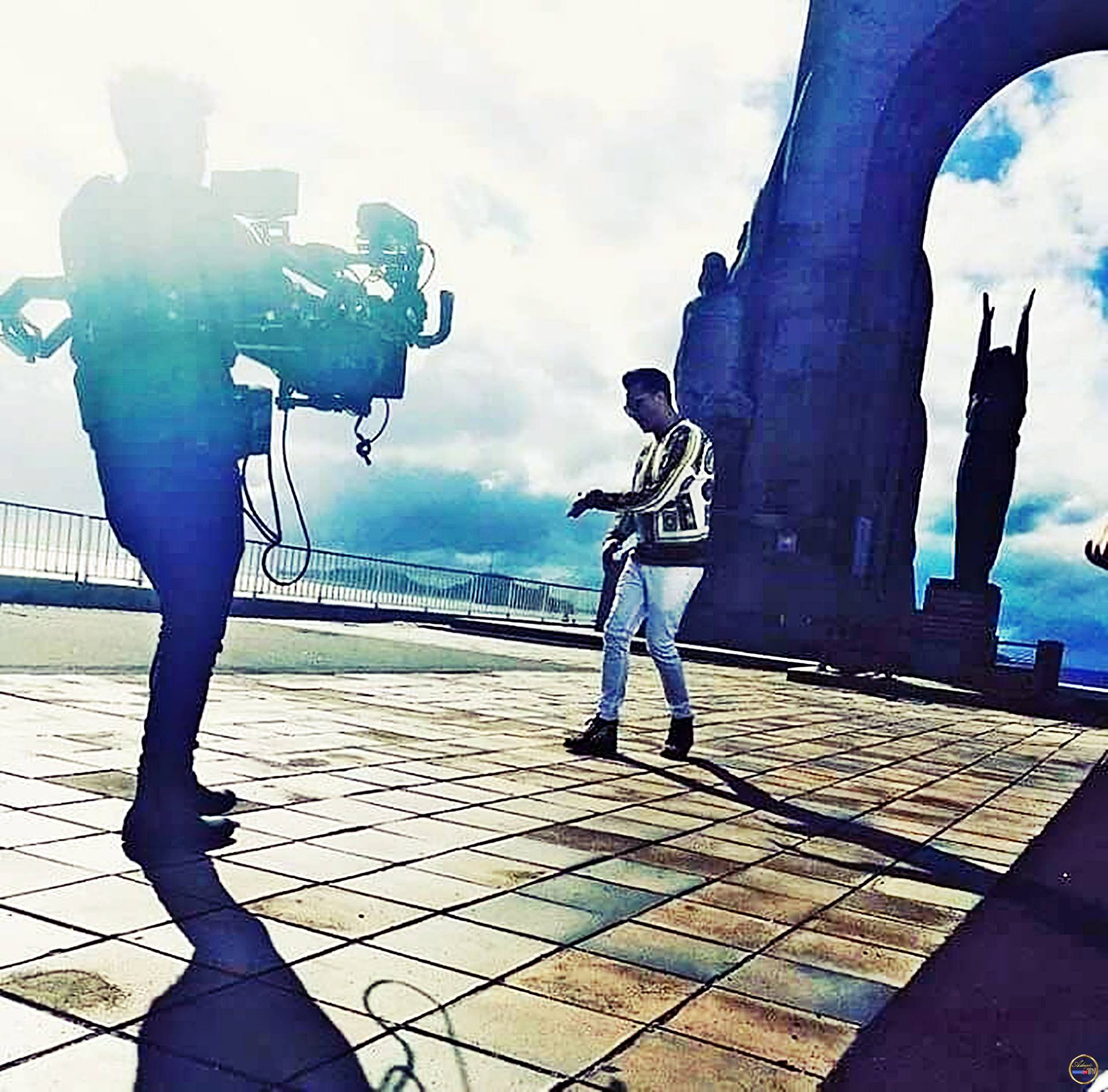 L’Algérino has fans in Germany, the Netherlands, Sweden, Norway, Denmark, Spain, Italy, the UK, Canada, and of course North Africa, where he has had a big impact. He travels around Europe, North America, Africa, and even Asia for his music. L’Algérino’s eighth album comes out on June 22, 2018. The title “International” makes it clear that we’re dealing with a globally-known artist. It is right in line with his previous albums and yet explores new uncharted territory. With 40 million views in less than a month, the album’s first single, “Va Bene,” also released on the Taxi 5 soundtrack, hints at how successful the album will be. The album features impressive guest appearances from Marseille rappers Alonzo and Naps, Algerian rapper Soolking and Dutch rapper Boef, but it is pure L’Algérino. The hands-on rapper was in the studio while his beatmakers were working and had a say in every single arrangement, every step of the way, from the early concept to the final touches. And he is rightfully proud, “I know a lot of artists say it, but I think this album is my best yet,” he says with a smile. L’Algérino is ready to take his projects even further, now that he is backed by the Marseille-based talent agency Only Pro. He has a bright future ahead. His next official tour is planned from October 1 to December 1, 2018, with dates in Algiers, Casablanca, Tunis, Amsterdam, Berlin, Brussels, Liège, Copenhagen, Montréal, and New York, with two just-announced shows at L’Olympia in Paris -October 31, 2018- and Le Dôme in Marseille (November 3, 2018). One thing is sure, 2018 going to be another great year for L’Algérino! 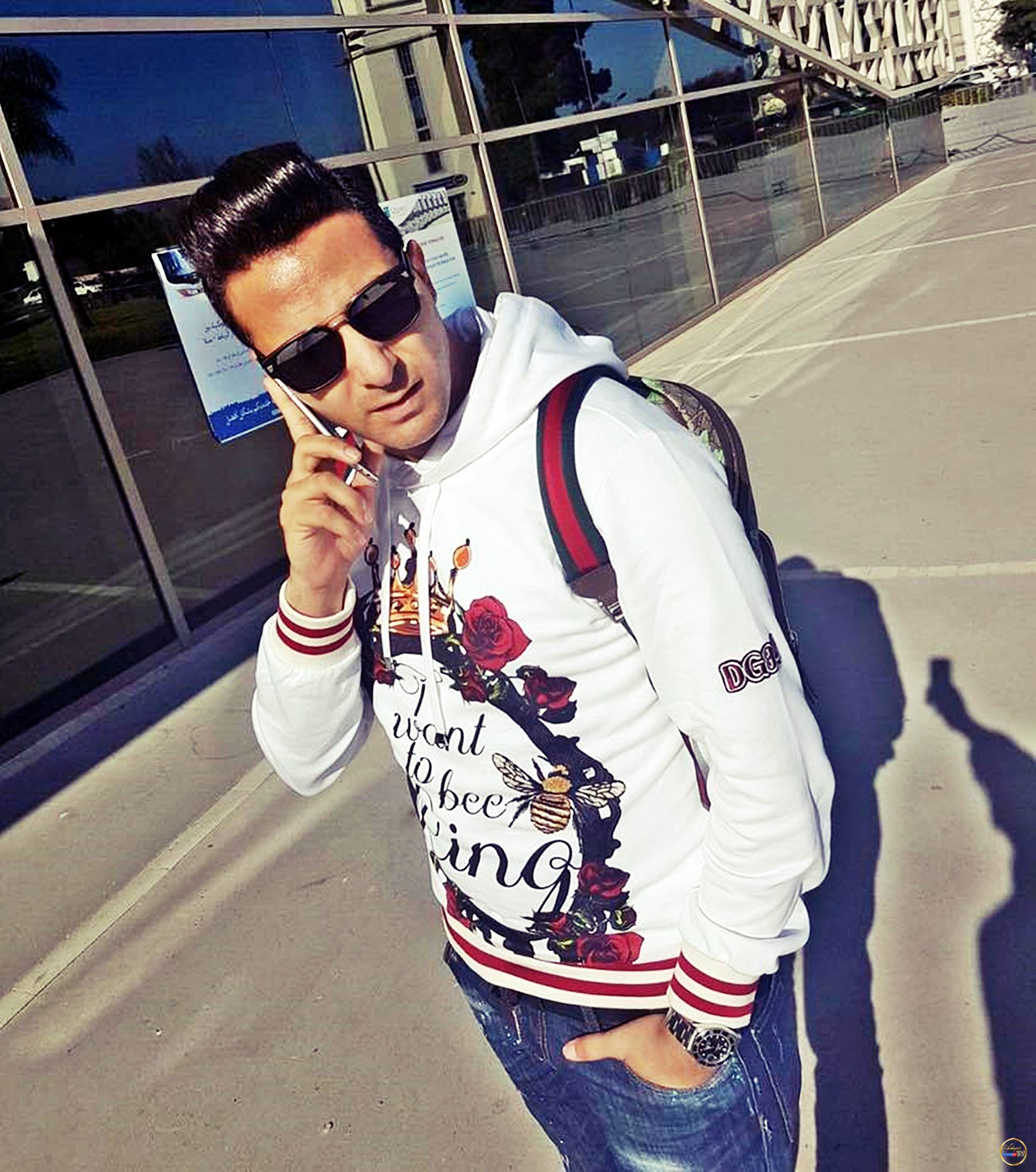 The best reviews about: “ L’Algérino”