As Joe Bonamassa approaches his 26th year as a professional musician, he continues to blaze a remarkably versatile artistic trail, and amass an authentic, innovative and soulful body of work. Bonamassa’s career began onstage opening for B.B. King in 1989, when he was only 12 years old. Today, he is hailed worldwide as one of the greatest guitar players of his generation, and is an ever-evolving singer-songwriter who has released 16 solo albums in the last 14 years, all on his own label, J&R Adventures. Bonamassa’s tour schedule consistently hovers at around 100 shows worldwide each year, and a heaping handful of markedly diverse side projects keep him thinking outside the box and flexing every musical muscle he’s got.

He founded and oversees the non-profit Keeping The Blues Alive Foundation to promote the heritage of the blues to the next generation, fund music scholarships, and supplement the loss of music education in public schools. 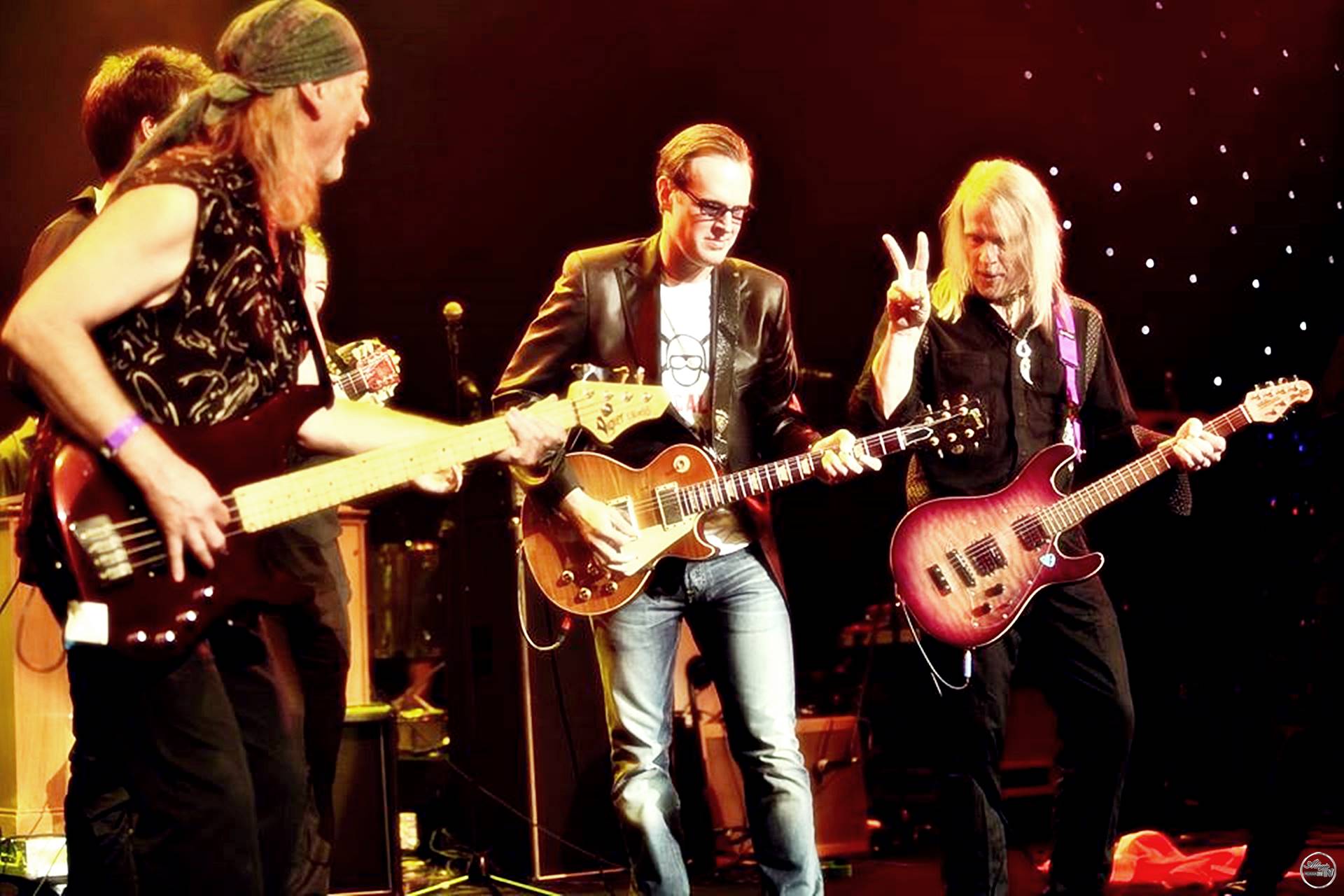 There’s a case to be made that Joe Bonamassa, like another star who shared the same initials, is the hardest working man in show business. This spring, Bonamassa and J&R Adventures released two projects. The first was a collaboration with powerhouse singer Mahalia Barnes, one of the most impressive female vocalists to come out of Australia, and her band The Soul Mates on an album of Betty Davis covers called Ooh Yea! – The Betty Davis Songbook, which explores tracks from Davis’ sexy, raw funk records of the early 70s. Next is the CD, DVD and Blu-ray Muddy Wolf at Red Rocks, a tribute to Muddy Waters and Howlin’ Wolf that was filmed last summer to a sold-out 9,000 person crowd at Red Rocks Amphitheater. Glide Magazine called it “one of the best live blues albums released in the last decade.” Unlike any Bonamassa show before, Muddy Wolf At Red Rocks marks the start of a tribute concert series that will display a different band and catalog of material that will vary from Bonamassa’s music as a solo artist. This summer, he’ll continue his celebration of blues heritage with the Three Kings of Blues Tour during which he’ll travel to amphitheaters across the country with a musical tribute to Albert King, B.B. King, and Freddie King. It all builds on Bonamassa’s ascendant prominence of the past few years. Recent kudos include his very first Grammy nomination for Best Blues Album, which he earned with much-buzzed-about singer-songwriter Beth Hart for their sophomore collaboration, Seesaw; a #1 debut on the Billboard Music Video Chart and Billboard Blues Chart for Muddy Wolf at Red Rocks; 14 #1 Billboard Blues Albums (more than any other artist); a platinum DVD certification for Joe Bonamassa: Live At The Royal Albert Hall; five consecutive “Best Blues Guitarist” wins and a top “Best Overall Guitarist” honor in Guitar Player’s Annual Readers’ Choice Awards, and recognition as Billboard’s #1 Blues Artist in 2010 and more recently in 2014. Last fall, a much-anticipated new solo studio album called Different Shades Of Blue was released featuring all-new, all-original material. He recorded it in Nashville with Jonathan Cain (Journey), James House (Diamond Rio, Dwight Yoakam, Martina McBride) and Jerry Flowers (Keith Urban). It debuted at #8 on Billboard’s Top 200, Bonamassas’s highest charting album, first top 10, and biggest sales week ever.

ACCORDING TO BILLBOARD, “DIFFERENT SHADES OF BLUE IS THE HIGHEST-RANKING BLUES ALBUM IN ALMOST TWO YEARS.” 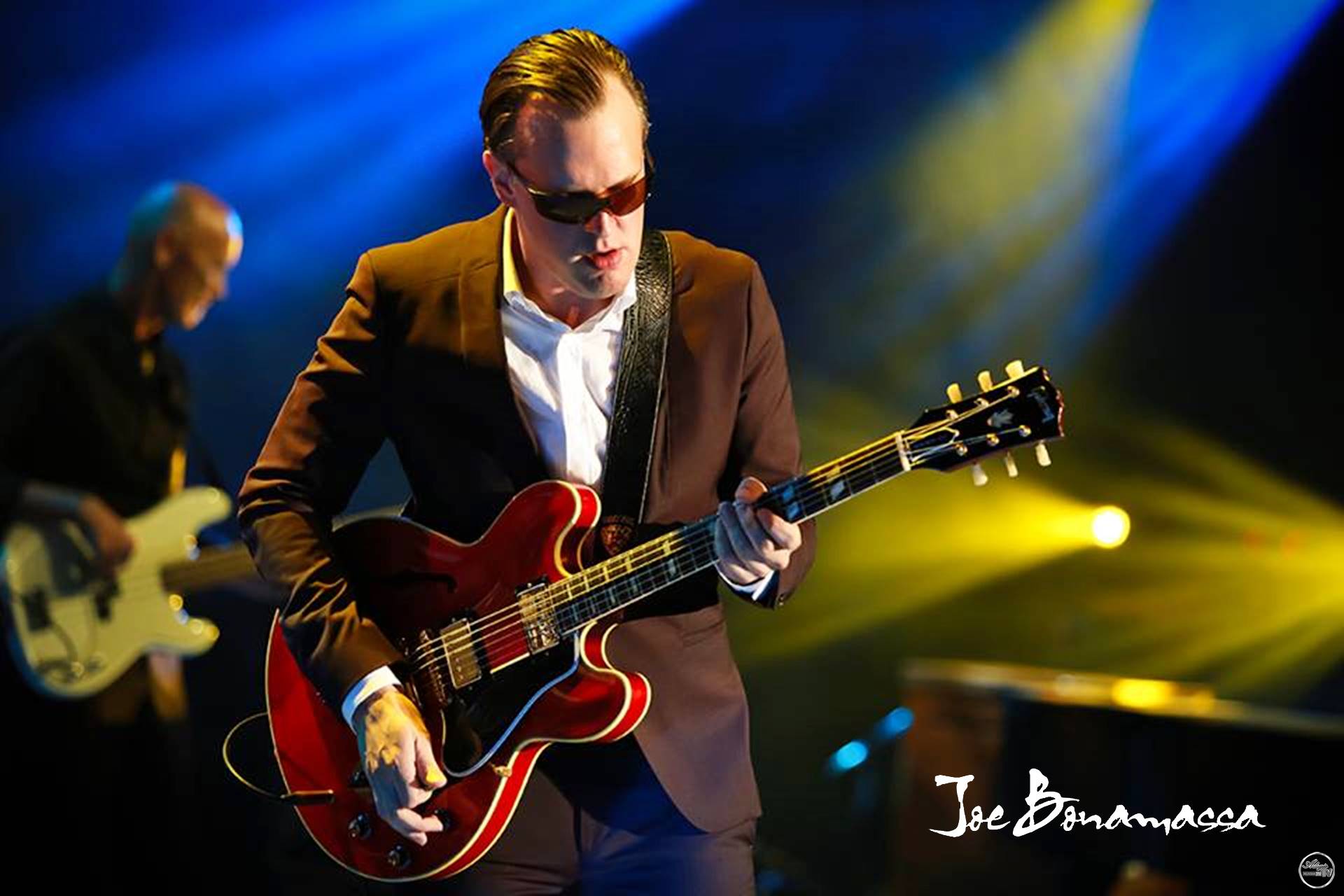 Critics echoed its accolades calling it the guitarist’s “most cohesive and satisfying artistic statement yet” (MOJO), “ the best yet and then some from an artist whose vision continues to expand with every release” (Uncut) and “a career high” (American Way). With sales climbing and accolades pouring in, music insiders and media are beginning to take note of J&R Adventures, the label Bonamassa started with longtime manager Roy Weisman ten years ago. Together, the two mavericks have built a business model that is thriving and nimble in a shaky and unpredictable industry. With divisions in publishing, management, promotion, and memorabilia, the label gives control to the artist and its management directly, rather than a larger entity. This strategy has allowed them to redefine the kind of success an independent artist is capable of, making them two of the music industry’s more savvy entrepreneurs and disruptors. As usual,Bonamassa will continue performing live-on-stage, which is exactly where he’s most comfortable.

In January, he graced a new stage when he headlined two sold-out nights at the iconic Radio City Music Hall – a feat Bonamassa himself almost can’t quite believe. But Bonamassa’s still got a long way to go, and will certainly in turn inspire many who come after him as he continues to reinvent himself with a varied palette of side projects—and logs endless miles “dressing up in sunglasses and a suit,” touring the world and growing his legacy as one of the greatest guitar slingers of all time. 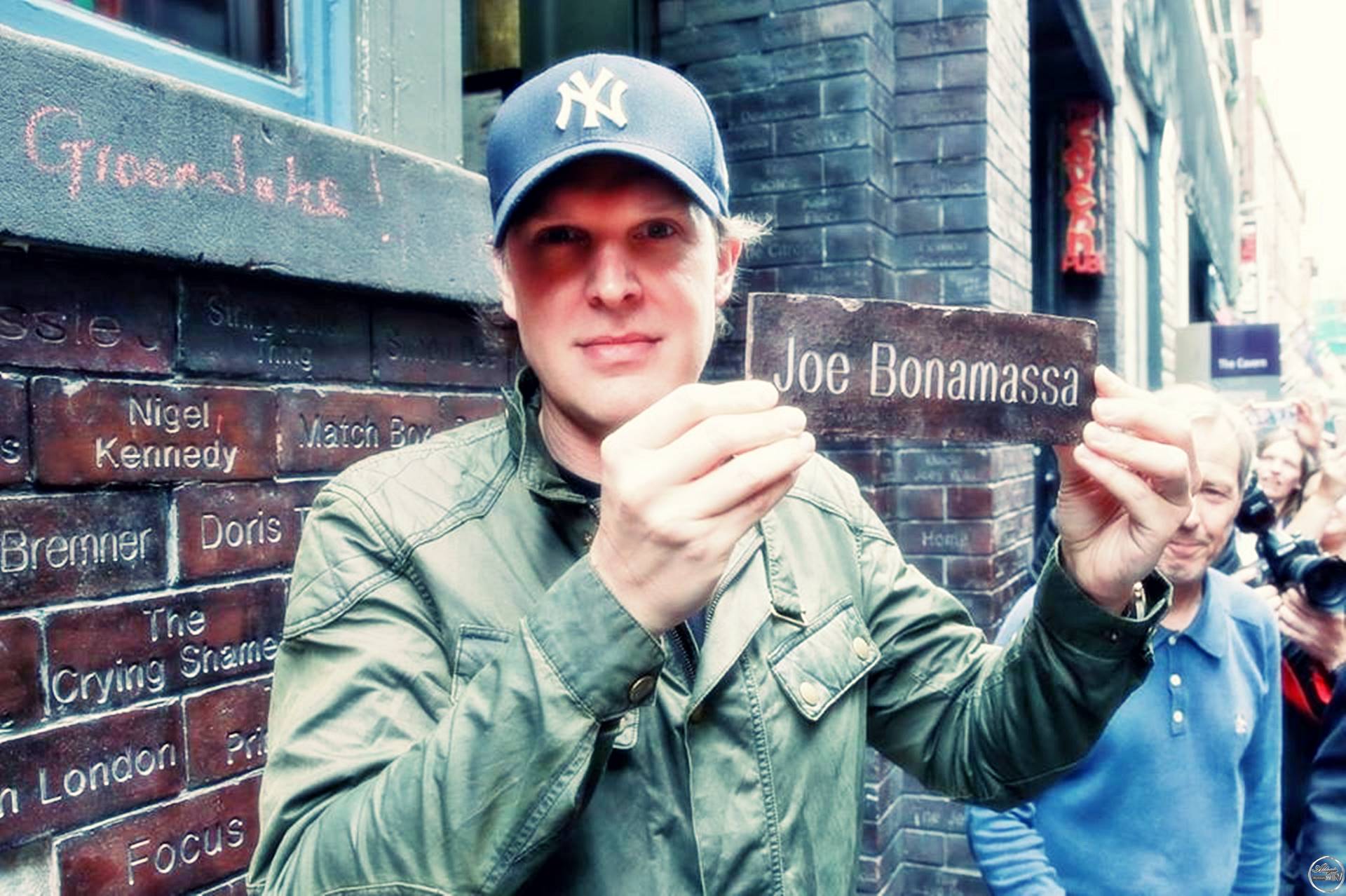 The best reviews about: “ Joe Bonamassa”