Two-time GRAMMY award-winning duo for KING & COUNTRY makes a powerful statement with their much-anticipated third album, Burn the Ships, an epic, sweeping musical landscape that explores themes of new beginnings, forgiveness, hope, and love. The album’s soaring debut single, “joy,” which features a 100-person choir and a hypnotic wave of rhythm and electronic sounds, hit No. 1 and has been streamed more than 12 million times. The lyrics cut through the cacophony of societal noise to remind us about what is important: “Oh, hear my prayer tonight. ‘Cause this is do or die. The time has come to make a choice. I choose joy.” The inspiring pop masterpiece also represents the exciting adventure into unchartered territory for brothers Joel and Luke Smallbone, who were propelled into superstardom with the release of their critically acclaimed sophomore album, 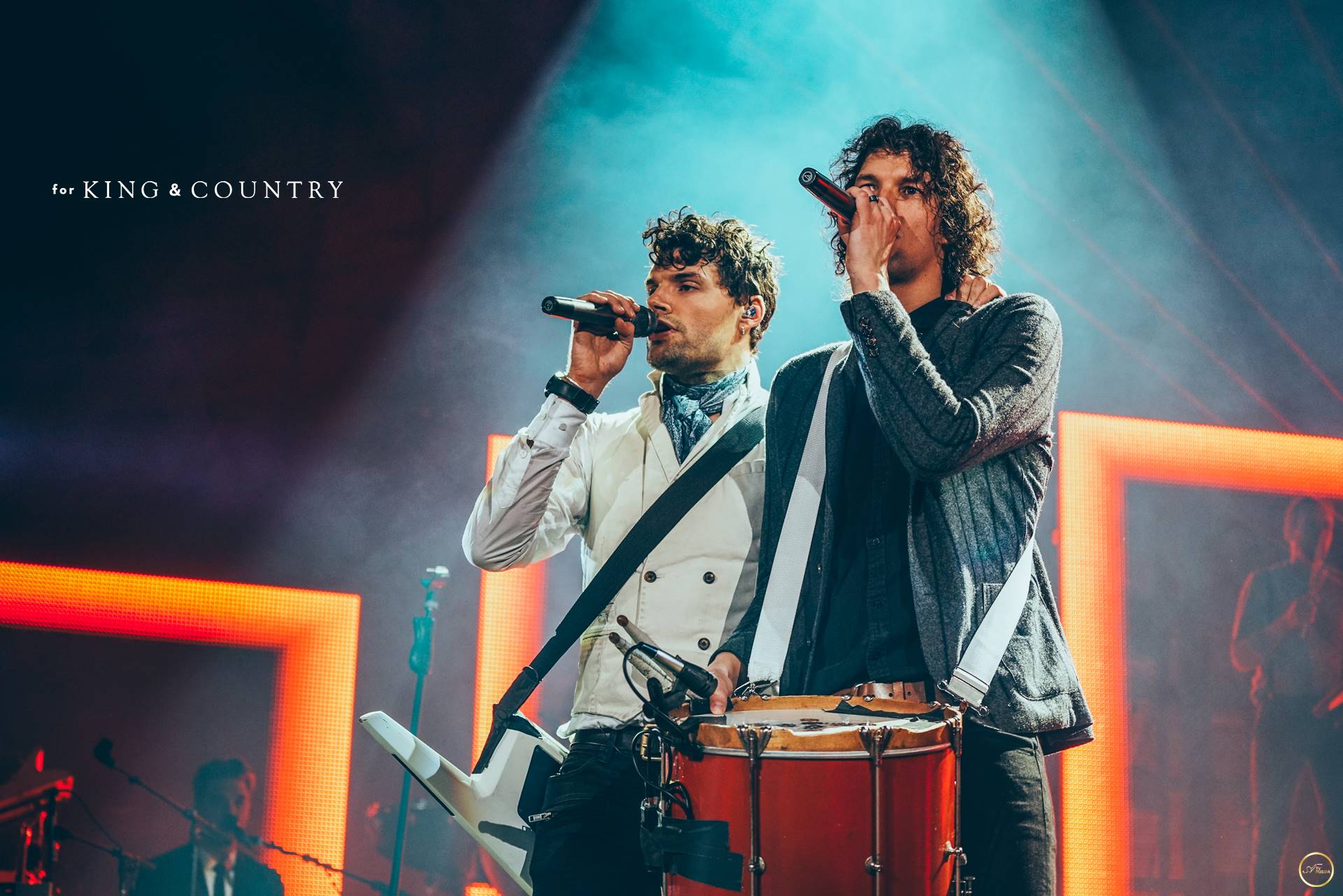 RUN WILD. LIVE FREE. LOVE STRONG., which debuted at No. 1 on iTunes and was certified gold. In addition to winning two GRAMMYs and four Dove Awards, the duo performed internationally on a hugely successful 60-date arena tour.

They have garnered four No. 1s “joy,” “Priceless,” “Fix My Eyes,” and “Shoulders”, nine Top 10 hits, and had songs featured on the Emmys, Super Bowl, Sunday Night Football and many other high-profile events, including performances on The Tonight Show, Today and Jimmy Kimmel Live! But as they reveal in Burn the Ships, there is no looking back, no resting on their laurels. There is much more to explore and explain, especially during this time of great unrest when answers don’t seem immediately apparent. With a new level of vulnerability and honesty, they wrote every song on this project, which they also co-produced with longtime collaborators Aqualung, Tedd T. and Seth Mosely. “It isn’t perfect – far from it – but there is a sense of truthfulness and a heart and a personality and an ideology behind this record,” Joel says. “It feels like the most mature version of for KING & COUNTRY.” The title track was inspired by a 1500s Spanish explorer who boldly landed his ships on enemy shores without any knowledge of what awaited his arrival.

To ensure that the men were committed to their mission, he proclaimed, “Burn the ships!” The only way to go was onward; retreat was not an option. “That is the big statement that this collection of songs is making,” says Luke. “We don’t want to live in the past; we want to move forward. There are things in everybody’s pasts that you have to get rid of—in some cases physically burn and in other cases you just need to get rid of them however you can emotionally. For us, that is the name that represents this collection of art and work best.” These songs fit in perfectly with today’s pop music arena, where artists ranging from Kesha to Drake are exploring themes of religion, prayer and God. The Smallbones’ words are a soothing salve for a hurting nation in need of healing. “People are hungry for truth and hope,” Luke says. “I don’t think they want something that is false. So when it comes to people seeking out God, they are receptive because they are trying to figure out what is true and real. I think that is a good thing. I hope our music can play a role in that, but ultimately people have to figure it out for themselves.” Burn the Ships may be the duo’s most personal work to date because the songs are about some of the most meaningful and terrifying moments of their lives. For instance, “Need You More” was inspired by the near-death of Luke’s infant son, Leo. His wife Courtney found Leo in his crib, blue from not breathing. She began CPR while praying over their son, who soon came back to life. While driving to the hospital, the words, “I need you more/more than ever before,” came to Luke, who hit record on his phone. That original recording, including sounds from the car, was included in the final mix. “My hope is that if I have gone through some form of suffering, maybe there is someone else who has gone through something similar who can take a bit of hope that there was someone else just like them,” Luke says. “I feel like God has given me these struggles to share those stories.” “joy.” was inspired by Luke’s late-night marathon scrolling through social media. “I couldn’t articulate in that moment why I was sad, but it sent me on a pilgrimage, and that is where ‘joy’ came from.” I realized I needed to do something if I want to have joy. I can’t just scroll and find it.” While “Fight On, Fighter” continues the duo’s focus on a woman’s worth, it is first and foremost a musical letter of support to their wives. Joel and Luke, who have become American citizens, learned about hope, love and support from their tight-knit family. Their parents raised seven children in Sydney, Australia, before moving to Nashville in 1991. Music became the family business. 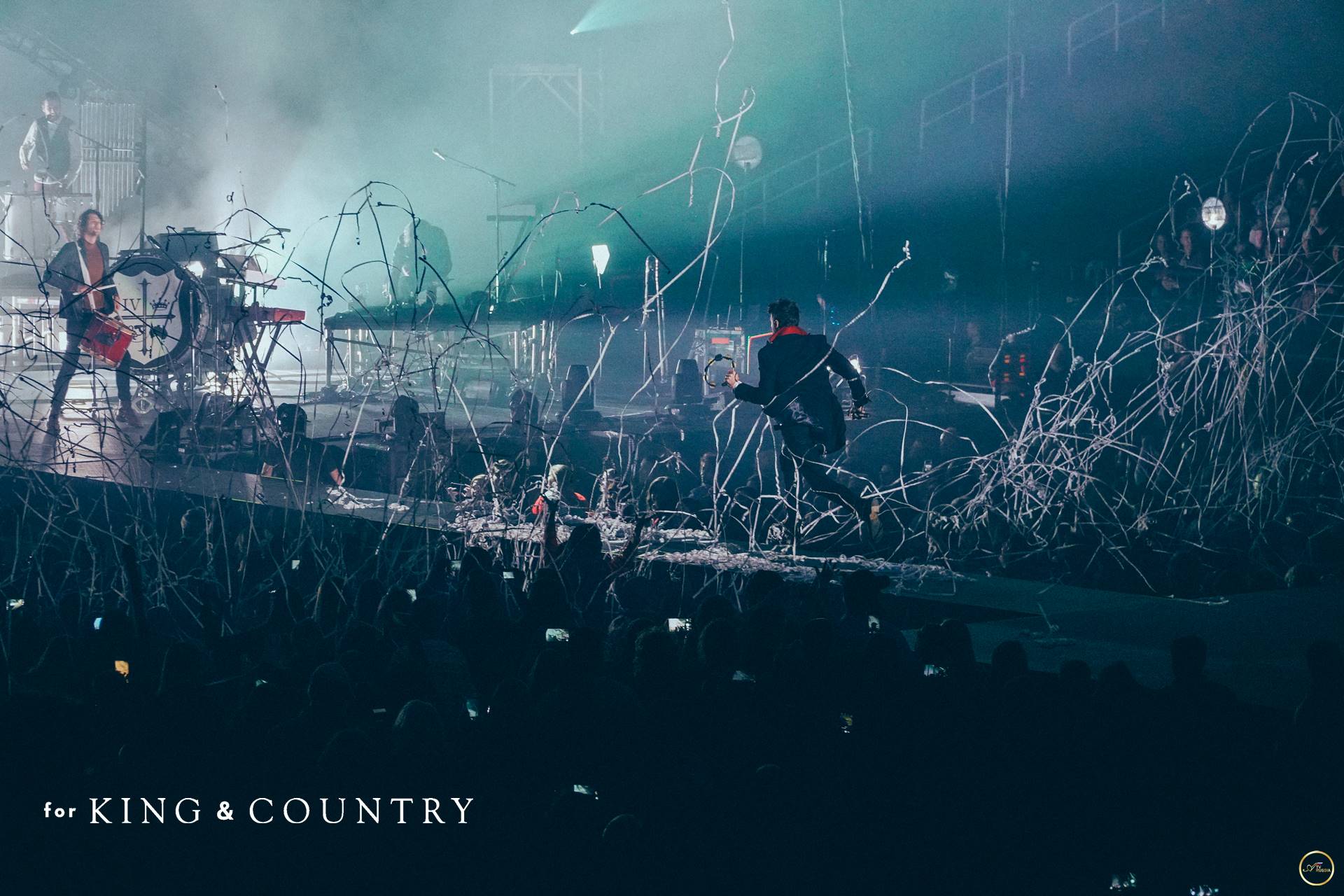 Their charismatic father was a music promoter and sister Rebecca St. James became a successful Christian music artist, so the duo’s teen years were spent working as part of her road crew. When Luke was 19 and Joel was 21, they formed a band and began writing and recording the body of work that would become for KING & COUNTRY. They released their debut album, Crave, in 2012 and won New Artist of the Year at the 2013 Dove Awards, where they received six nominations. In what has become a full-circle moment, they wrote “Never Give Up” with sister Rebecca for the new album. Once novices, they are now their sister’s peers and have a shared understanding of the difficulties of being frequently away from home. “We learned the craft of music and fell in love with it on the road with Rebecca, “ Joel says. “In some ways, for KING & COUNTRY is a legacy band of Rebecca’s. It’s a real special moment to be able to have that creative collaboration after all of these years with her.” The album’s theme of adventure and exploration ends poetically with “Pioneers,” a lush song about the romance and realities of long-term commitment. Fittingly, wives Moriah and Courtney join them on the final track. “In a time where commitment can be hard to come by—the through-thick-and-thin/death-do-us-part kind of commitment—it’s a song that celebrates that kind of love,” Joel says. Perhaps it’s no surprise that the duo felt compelled to embark on this musical pilgrimage because they have been two of our most prescient storytellers in recent years, addressing issues even before they became part of the national conversation. It’s as if they know what we need to hear exactly when we need to hear it. For instance, their 2016 No. 1 hit “Priceless”, which also inspired the Smallbones’ human-trafficking themed movie by the same name, celebrates a woman’s worth. Several years before the #MeToo phenomenon, the Smallbones sparked a movement highlighting a woman’s value that continues to grow and evolve today. They began writing and recording songs about hope and love several years ago for Burn The Ships, messages that are vital during these tumultuous times. Their music provides answers, comfort and affirmation, while offering a constant reminder that we aren’t alone, even in our darkest times. “We never want to be a voice of critique or criticism, but a voice of, ‘Maybe if we shifted our perspective, what would we see?’ That is the beauty of music,” Joel says. “We ask the questions of ourselves: ‘I want to have joy. I want to find a way. When I am faced with despair, struggle or hardship, what can I do?’” Luke adds, ” The thing I am most proud of with this album is that when I look at all 10 songs, they all have a special place in my heart and there is a real significant story with each one. This album is about those songs in our hearts being exposed to others, and hopefully others will expose their hearts too.” 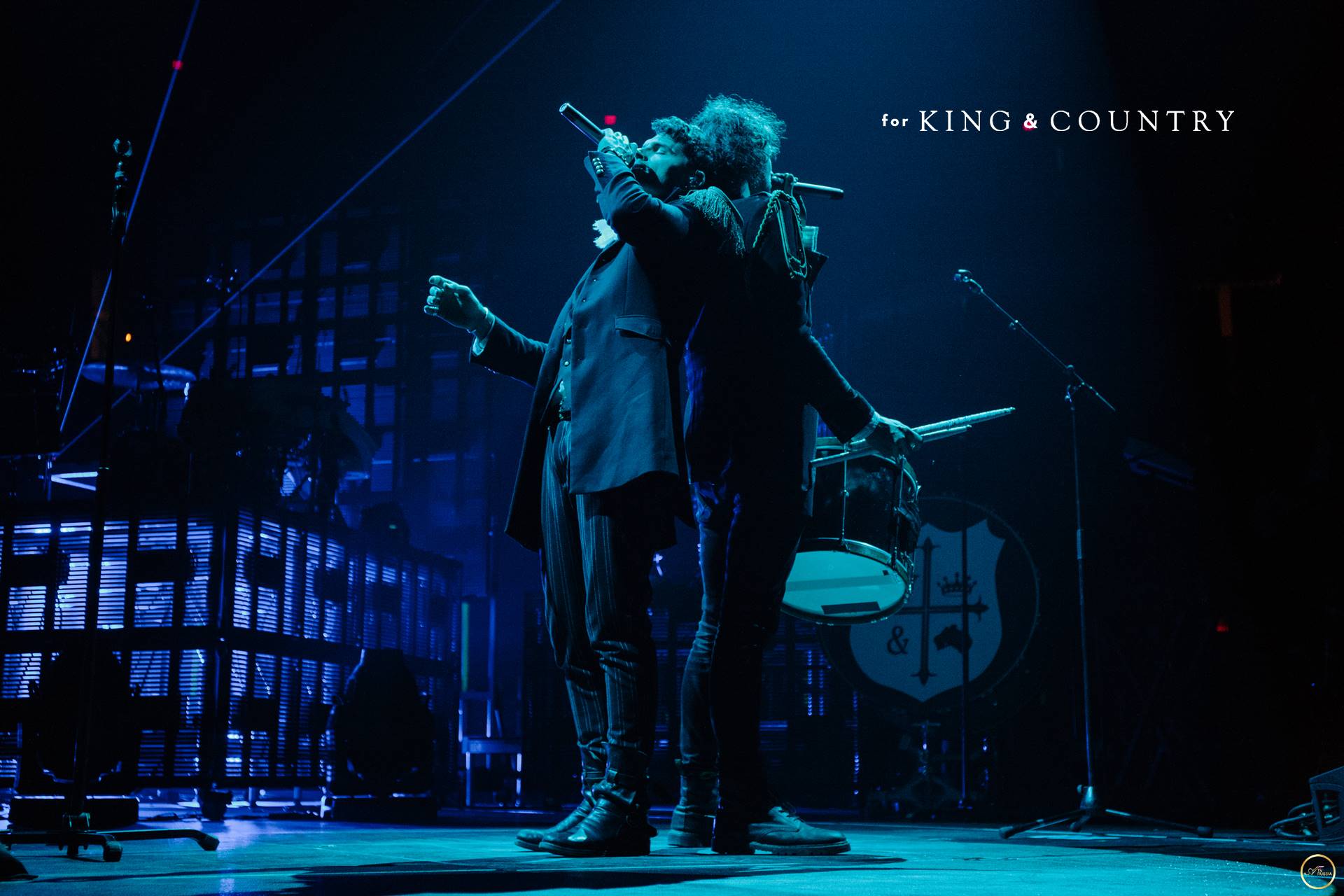 The best reviews about: “ for KING & COUNTRY”