Boris Brejcha Delivers High-Energy EP Thunderstorm The 4-track project follows Brejcha’s ninth studio album Space Diver, his latest EP Violet Pill and a big Live Stream only a week ago. Boris Brejcha Thunderstorm EP Out Now via Ultra Music Buy/Stream Thunderstorm here Internationally acclaimed DJ and producer Boris Brejcha returns with his invigorating 4-track EP Thunderstorm, out now via Ultra Music. Marking his second release following January’s Space Diver LP, Thunderstorm sees the German artist incorporate dark techno tones, striking build ups, and progressive elements for a transcendent listening experience. Boris pulls in his audience and serves a combination of high-octane soundscapes, intensity, ambient turns, melodic variations and driving basslines. The EP creates a high intensity universe to dive into and not to miss the punchy title track ‘Thunderstorm’. Following his meteoric rise to success, Boris Brejcha continues to take his selfcoined ‘High-Tech Minimal’ sound across the globe, effortlessly fusing techno, electro, and trance with every release. One of the most celebrated producers of the moment, Brejcha has become a fan favorite with standout performances including his set at Grand Palais in Paris for Cercle, which has racked up over 12 million YouTube views to date. With major headline slots at Movement Detroit, EDC Las Vegas, OFFSonar, EXIT Festival, and more to be announced, 2020 is shaping up to be Brejcha’s biggest year yet. Boris Brejcha’s Thunderstorm EP is now available worldwide on all streaming platforms. 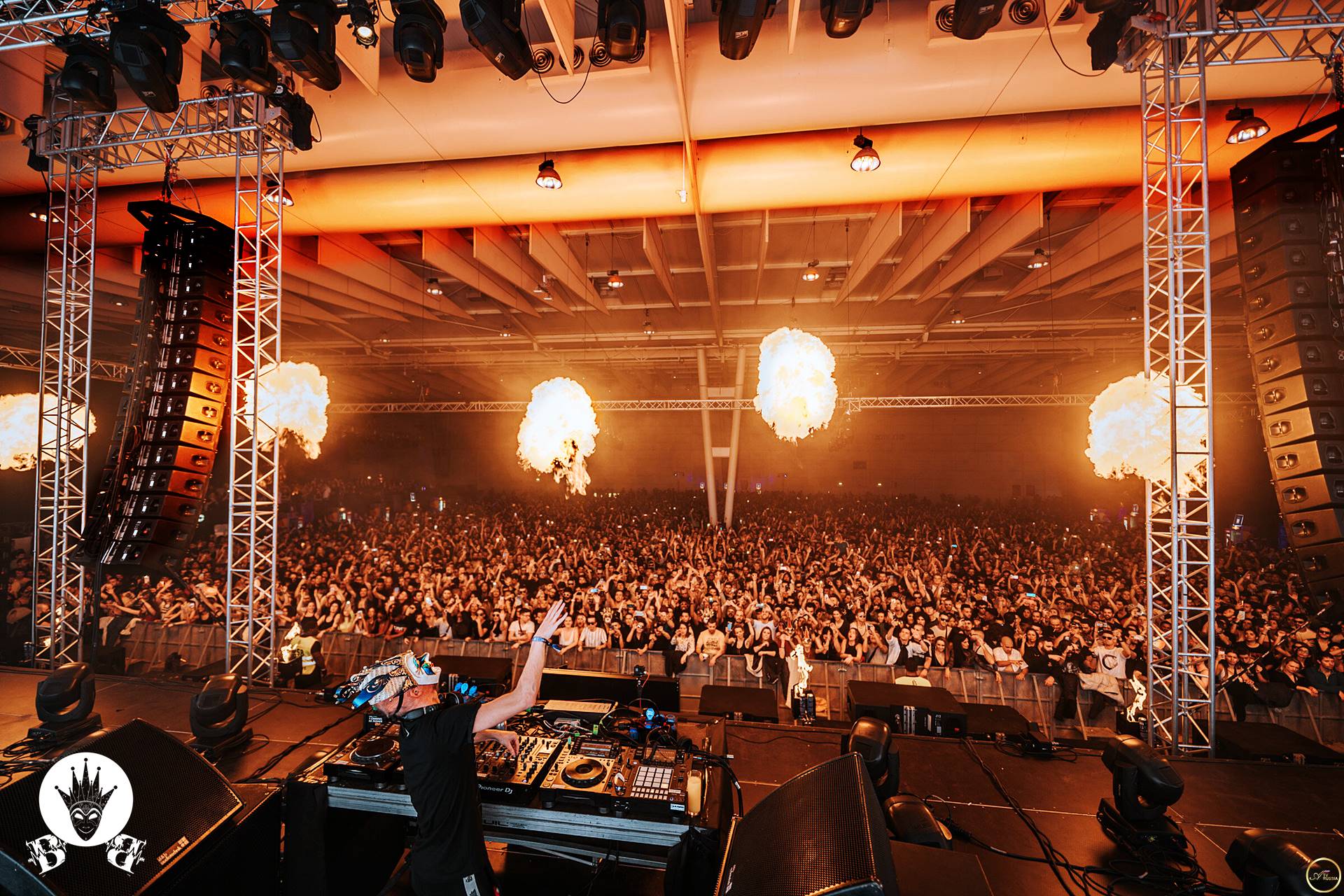 Renowned German DJ and producer ​Boris Brejcha has unveiled his hotly anticipated new album ​Space Diver. Space Diver – is an epic, emotionally-charged journey, rich with atmospheric soundscapes in which Brejcha masterfully guides the listener through an array of terrain. Boasting 12 otherworldly tracks, the album opens with last summer’s hit ‘Gravity’​, a melodic techno roller featuring vocals from Berlin-based singer-songwriter Laura Korinth​. Fans are sure to recognize the proceeding tracks, including previously released singles ‘Happinezz’ ft. Ginger​, ​‘Never Look Back’​, and ​‘Lieblingsmensch’ ​before   Brejcha kicks things up a notch with titular track, ‘​Space Diver’. ​Ginger -​Brejcha​’s frequent collaborator and real-life lover- then makes another appearance on the   four-on-the-floor track ​‘To The Moon And Back’​. Brejcha​’s experimental production style shines throughout the latter half of the album, as demonstrated by the ambient nature of ​‘Blue Lake’ and ​‘Kittys Journey’ juxtaposed with the grittier, high-octane sounds on ​‘Take It Smart’ and ​‘The Troublemakerz’​. ​Space Diver closes out with ​‘Game Over’​, an expertly-crafted slice of ​Brejcha​’s self-coined​‘High-Tech Minimal’ genre, with the album finding that sweet spot between energetic club cuts and relaxed home listening.  With major festival headline slots at ​Movement Detroit​, ​OFFSonar​, ​EXIT Festival​, Sea You Festival​, and more to be announced, 2020 is shaping up to be ​Brejcha​’s biggest year yet. The release of ​Space Diver ​ sees ​Boris Brejcha ​further cement his reputation as one of the most skillful and celebrated artists in electronic music. 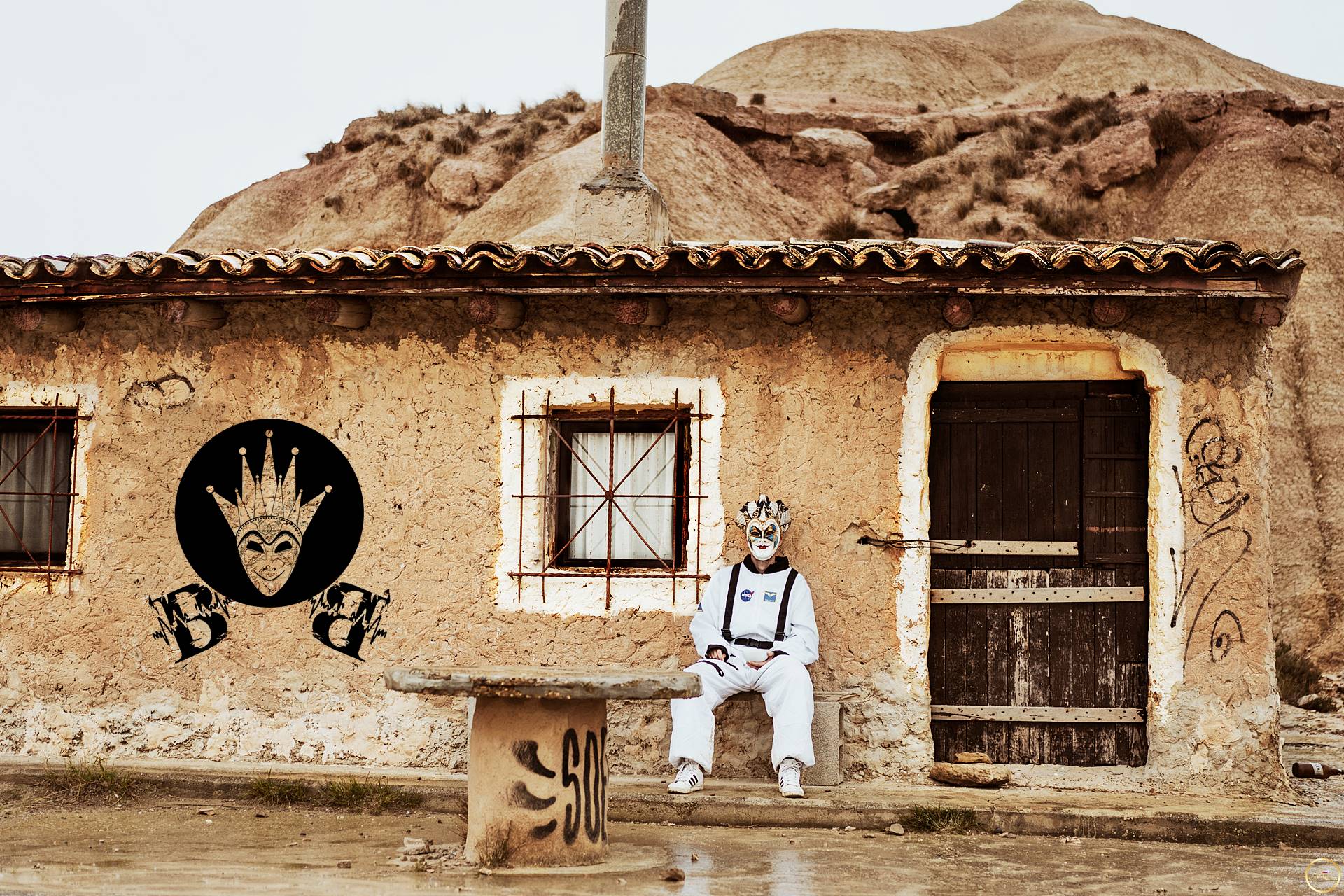 Boris Brejcha – To The Moon And Back ft. Ginger | Official Video |

Renowned German DJ and producer ​Boris Brejcha has delivered his new hypnotic single ​”Lieblingsmensch”, out now via ​Ultra Music​. An epic, high-energy journey, ​”Lieblingsmensch” ​will go down as one of ​Brejcha’s most captivatingly melodic tracks yet: a whirlwind of dense-yet-refined electronics that find the sweet spot between rich emotion and infectious dancefloor energy. “Lieblingsmensch” marks ​Brejcha’s latest release following on from October’s “​Never Look Back”​, a trademark brand of his driving, emphatic techno. Both tracks will be featured on ​Brejcha’s forthcoming studio album ​Space Driver ​- due out on ​January 24 – along with previous summer singles ​”Gravity”​ and ​”Happinezz”. 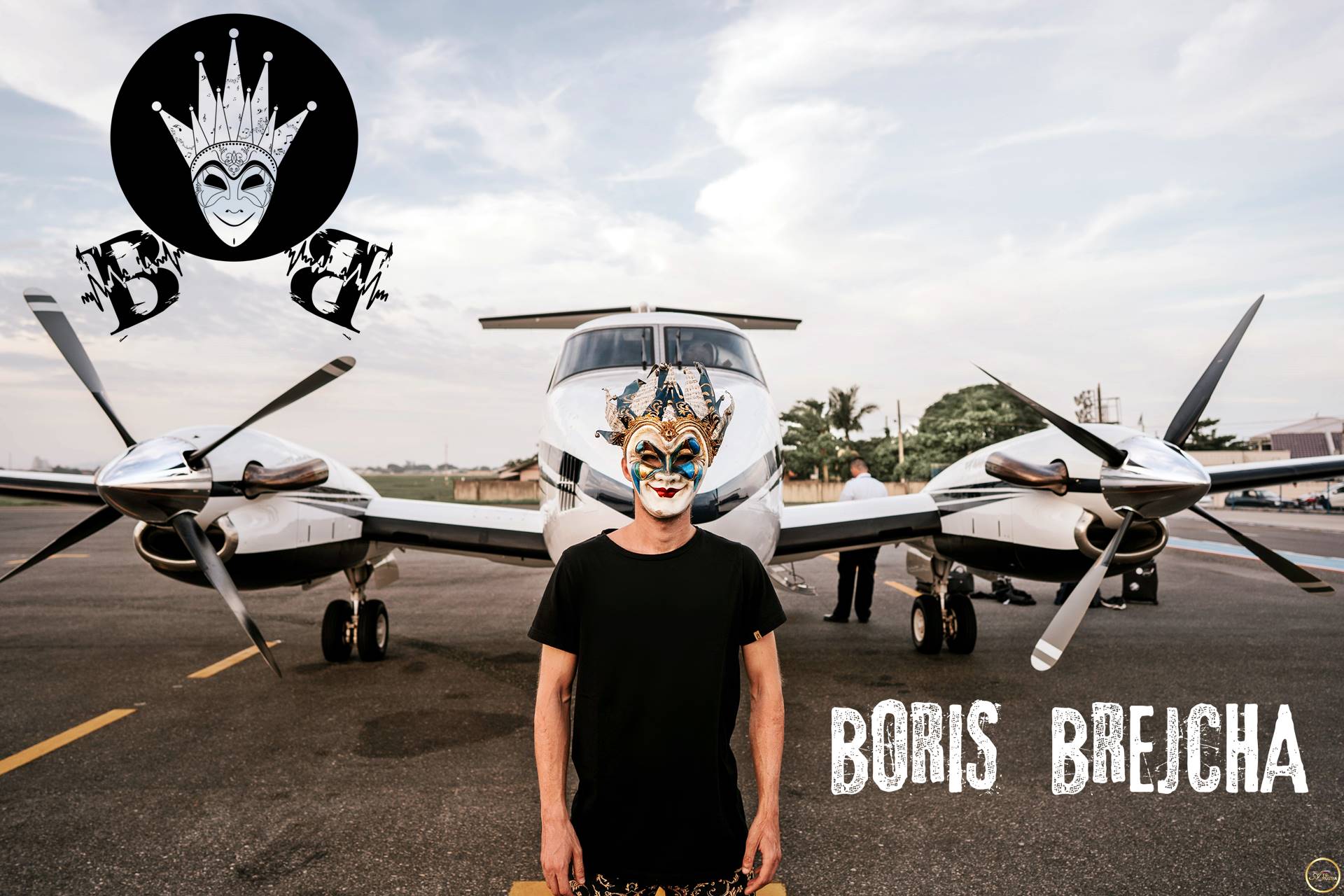 Having completed a North American tour and played at a slew of Ibiza parties across  2019,

​Brejcha shows no signs of taking his foot off the gas anytime soon. He is set to perform in Amsterdam, Belgrade, Zurich, Milan, Lisbon, Rome and Warsaw in the next month alone. Emerging onto the scene with the double EP release of ​Monster and ​Yellow Kitchen  back in 2006, ​Brejcha has spent the years since developing his own style of music, coined as ​”High-Tech Minimal”​. 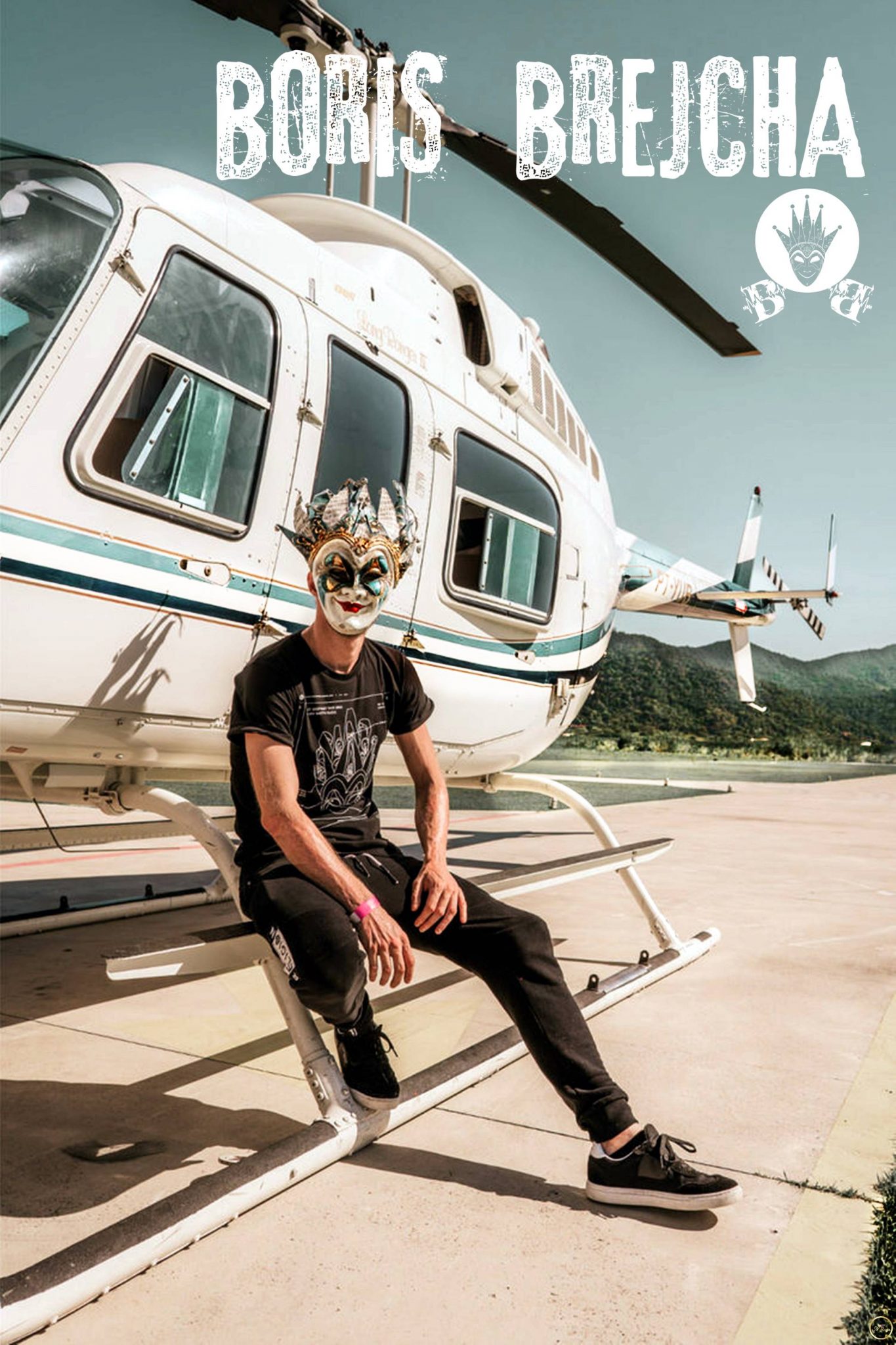 Last year, he dropped a track on the​Best Of Cloning Sound ​ compilation to mark the tenth anniversary of the imprint. Capping off a typically prolific year, Boris Brejcha looks poised to finish 2019 on a high after the release of the stunning ​”Lieblingsmensch”. 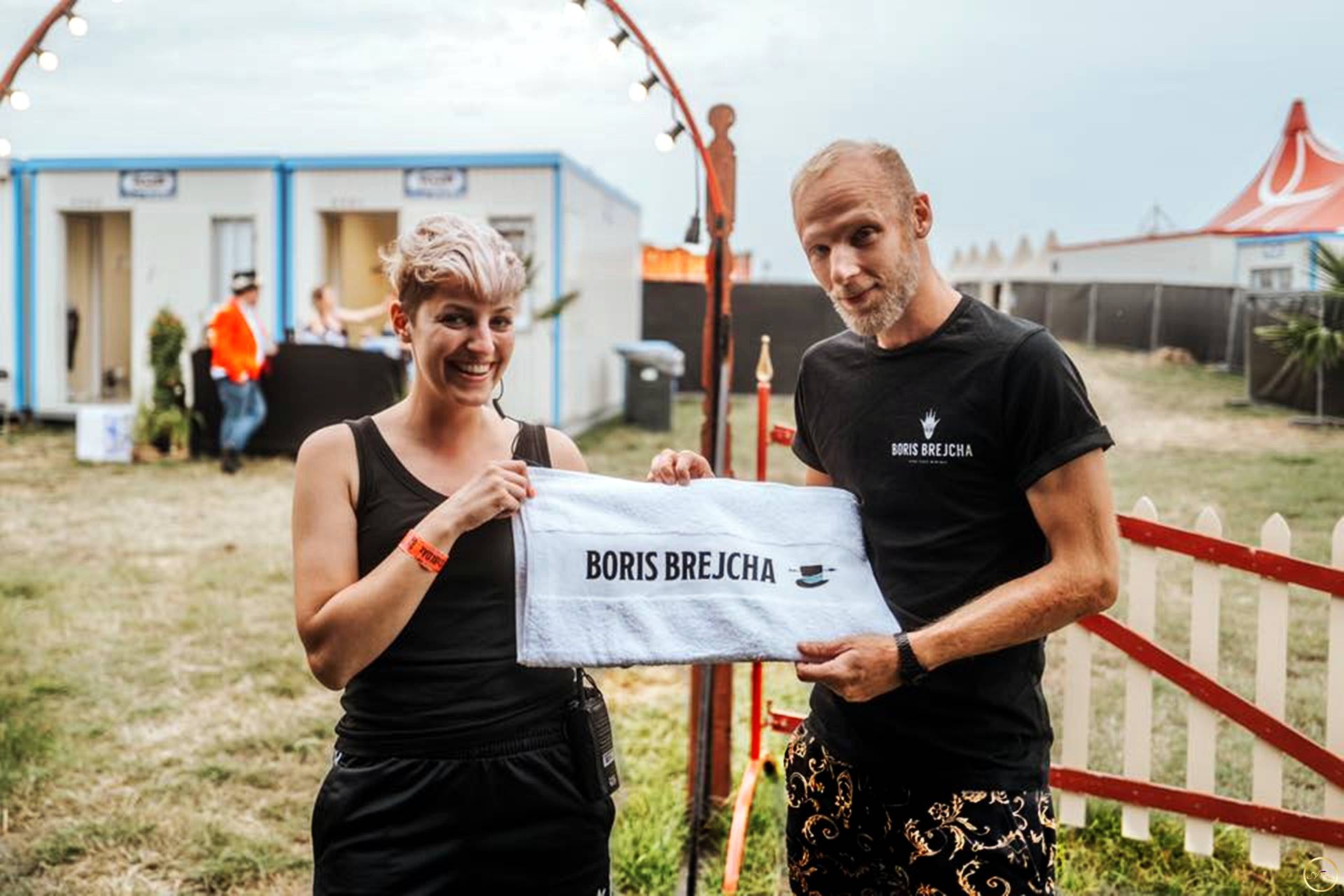 The best reviews about: “ Boris Brejcha”