Still riding high on a slew of chart-topping releases, veteran and dance legend, Benny Benassi is back with fellow Italian trio, BB Team for their most relatable track yet. Everybody Hates Monday Mornings, features the YouTube English tutoring sensation, Canguro English. Since his explosion into the scene with global smash, Satisfaction, Benny Benassi’s has been nothing shy of success. His debut track achieved a #1 in France and #2 in Germany and the UK, whilst his album Hypnotica made the top 20 in all parts of Europe in less than a month. The DJ and Producer, who later that year landed the title of European Border Breaker Award, has since continued to catapult his way into stardom. Today, Benny has graced the stages of some of the most renowned 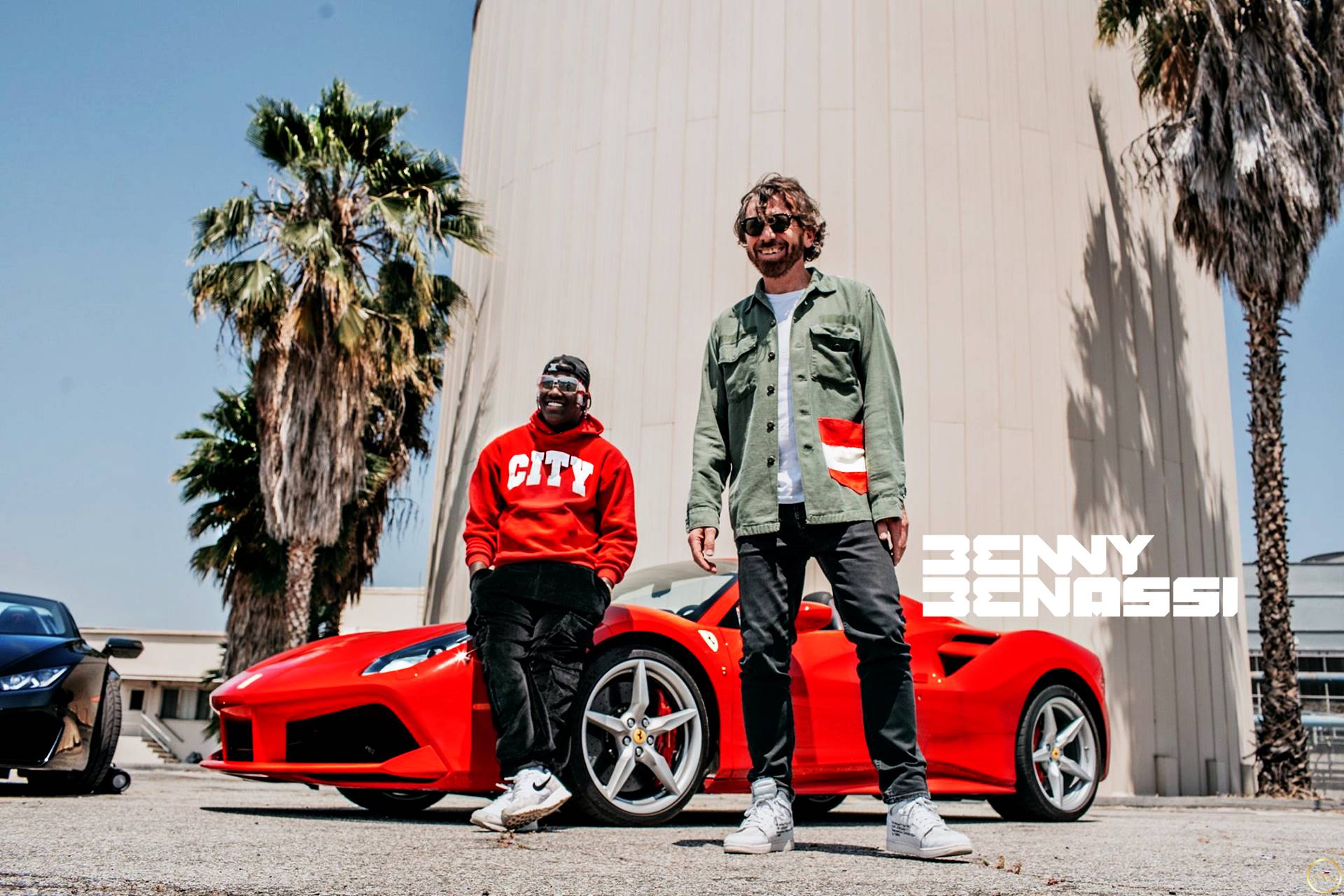 festivals including, Coachella, EDC, Ultra Music Festival and Tomorrowland, all whilst teaming up stars such as T-Pain, Chris Brown and Kelis, remixing Public Enemy’s Bring The Noise for a Grammy Award, and let’s not forget Skrillex‘s remix of Cinema holding a place in the iTunes top 100 dance chart for 3 years.

Once again uniting forces with his frequent collaborators, BB Team, the producers create a tongue-in-cheek track expected to grace the playlists, airwaves and social media feeds of today. Add ‘Monday Feels’ samples from English Tutor and YouTube sensation Canguro English to a fusion of bumpy synths and warping basslines making for a futuristic electro-house jam that takes a spin on modern dance music. 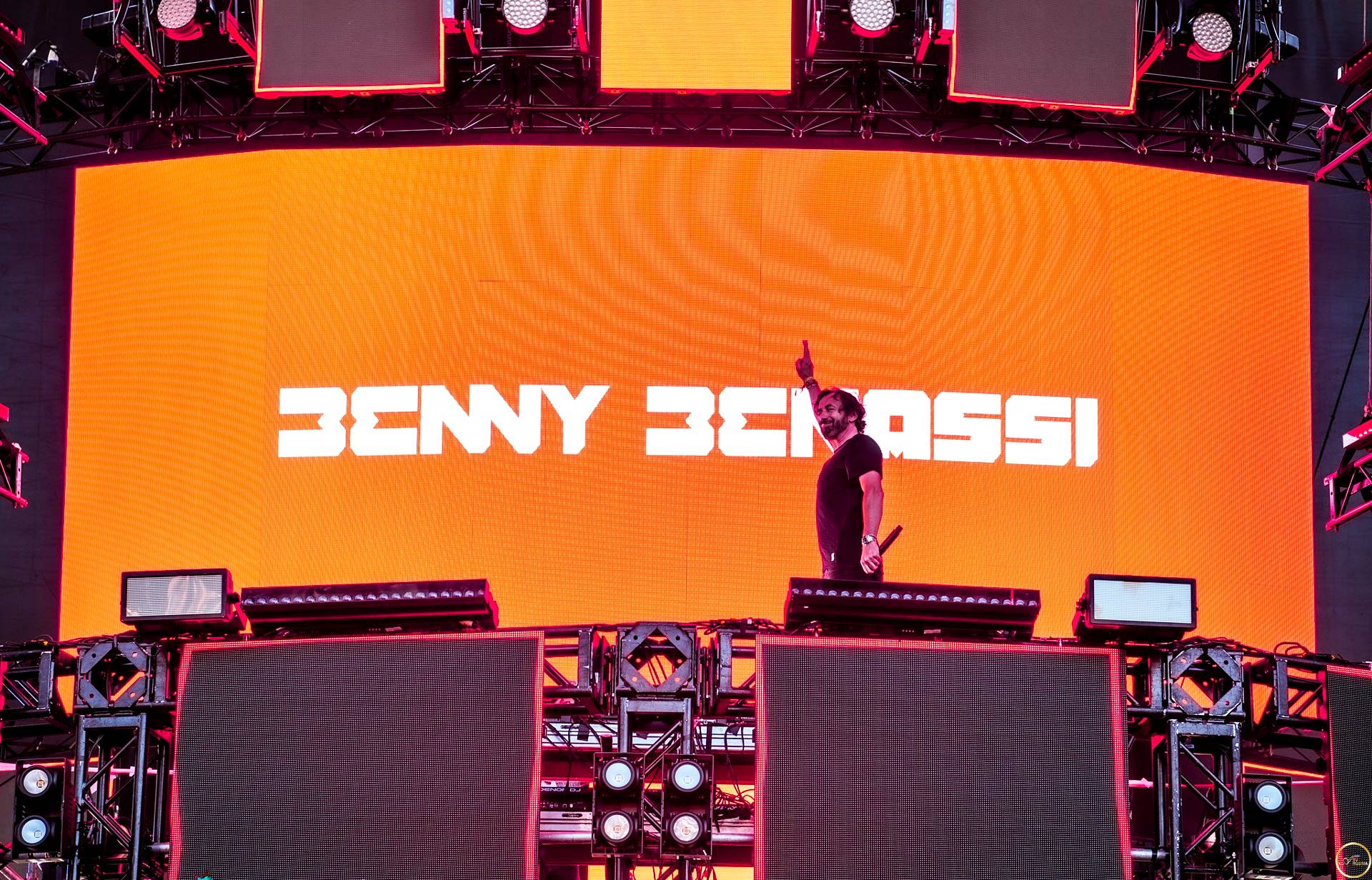 Hailing from provincial Italy, world class DJ x producer Benny Benassi is a name needing little introduction but always deserving of wide admiration and acclaim. Indulging in a career spanning fifteen plus years, Benassi is renown as a humble, authentic and charming character who has grown from club DJ to festival king to multi-million selling record producer taking success in his stride. Trademarking his unique infusion of house and electro with his global smash “Satisfaction” Benny has continued to create music which is a clear evolution of this signature sound but never deviating too far. 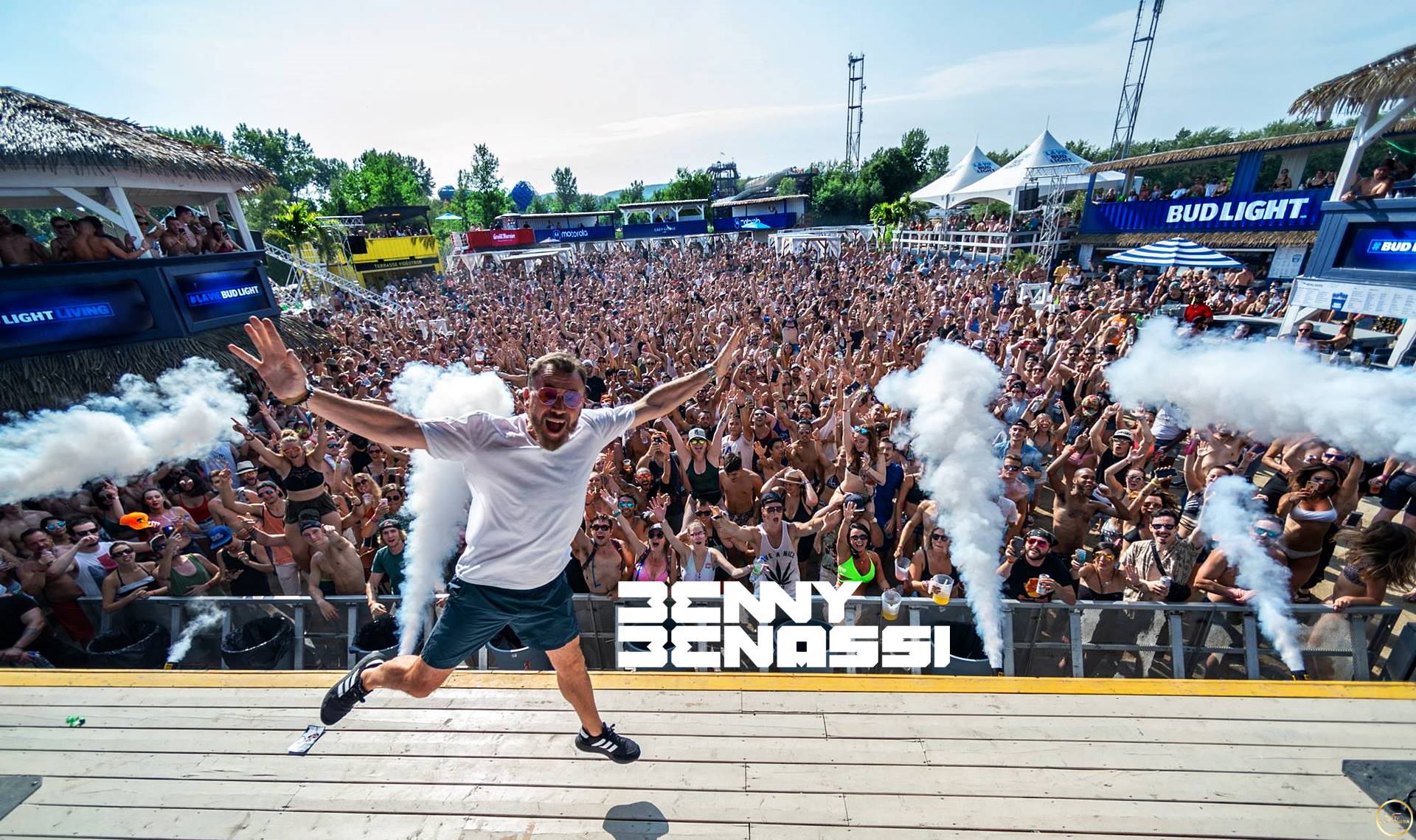 There is no better place to start delving into the rich history of the Benassi career than with his international blockbuster, “Satisfaction” and its game-changing music video became his launch pad into stardom. Created with his cousin and producer, Alle Benassi, and inspired by the car horns outside an open street facing window, this single catapulted into the charts with a #1 in France, #2 in the UK and Germany. Followed by his debut album Hypnotica, which reached top 20 across nearly all parts of Europe within the first month of release. The next few years for Benny were a culmination of successes, whether it be the major festivals he went on the play -Coachella, EDC, Ultra Music Festival, Tomorrowland to name a few- or his next artist album, Rock N Rave in 2008. The same year he won a Grammy Award for his ground breaking remix of Public Enemy “Bring The Noise” further catapulting the Benassi name into stardom. 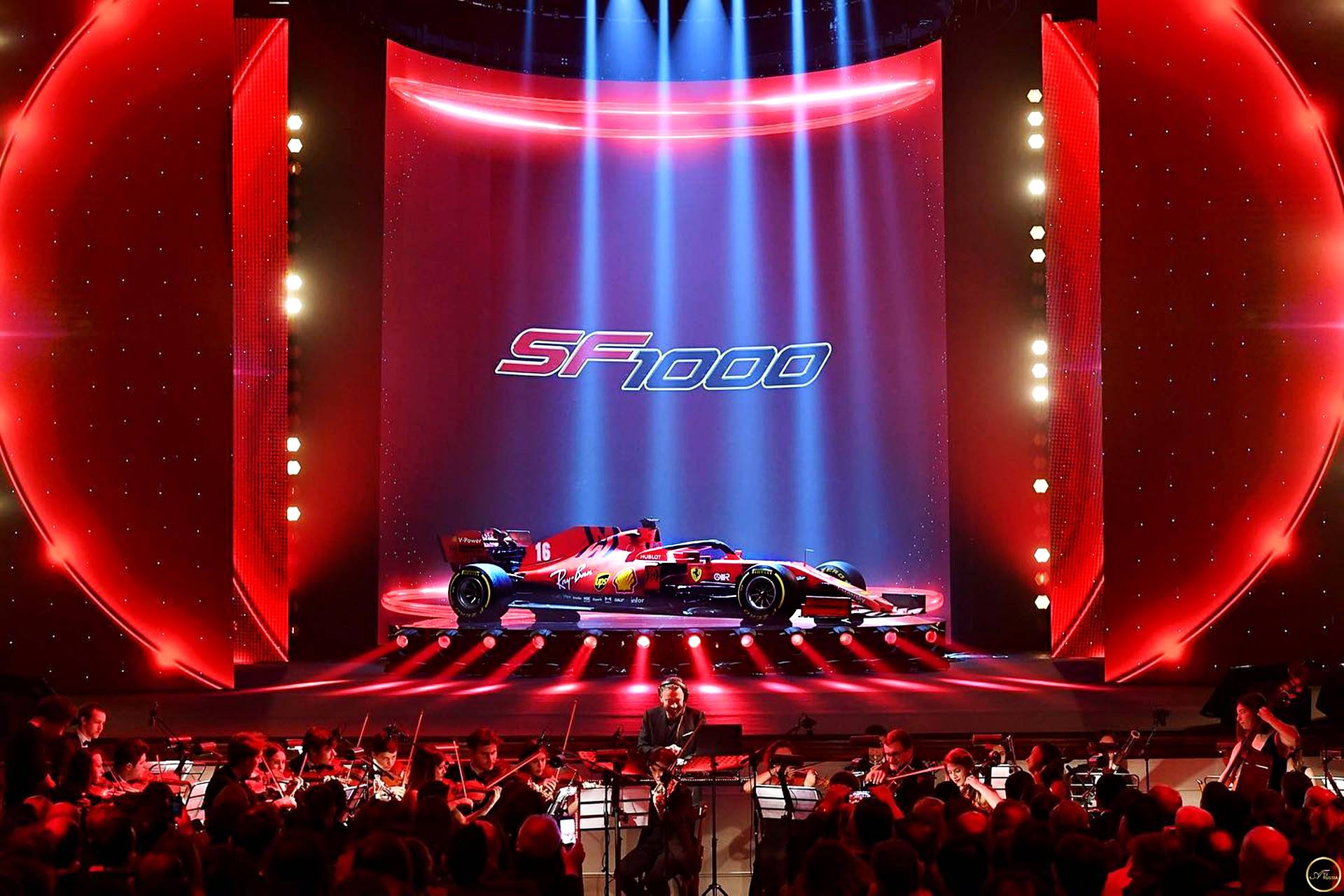 In 2011, Benny teamed up with a star-studded album cast for his album Electroman which featured T-Pain, Kelis, Jean-Baptsiste and Apl.de.ap amongst others and most famously Gary Go with his chart-topping single “Cinema”. The Skrillex remix of “Cinema” not only went Gold in the US and platinum in Australia and Canada but won the Benassi’s another Grammy whilst holding firm in the iTunes top 10 dance chart for over 6 months. Still on this exceptional career high, Benny Benassi combined talents with Chris Brown to create one of the biggest cross-over dance records of its time with “Beautiful People”. The following years have been a measure of incredible world tours and releases, most notably his record “Dance The Pain Away” with John Legend, which premiered live on stage at Coachella with John himself. 2016 saw Benny released his first album in five years Danceaholic, an unexpected, stunning cocktail of already released tracks, two unreleased reworks of older singles and brand new songs, led by the hit summer anthem “Paradise”, once again with Chris Brown. 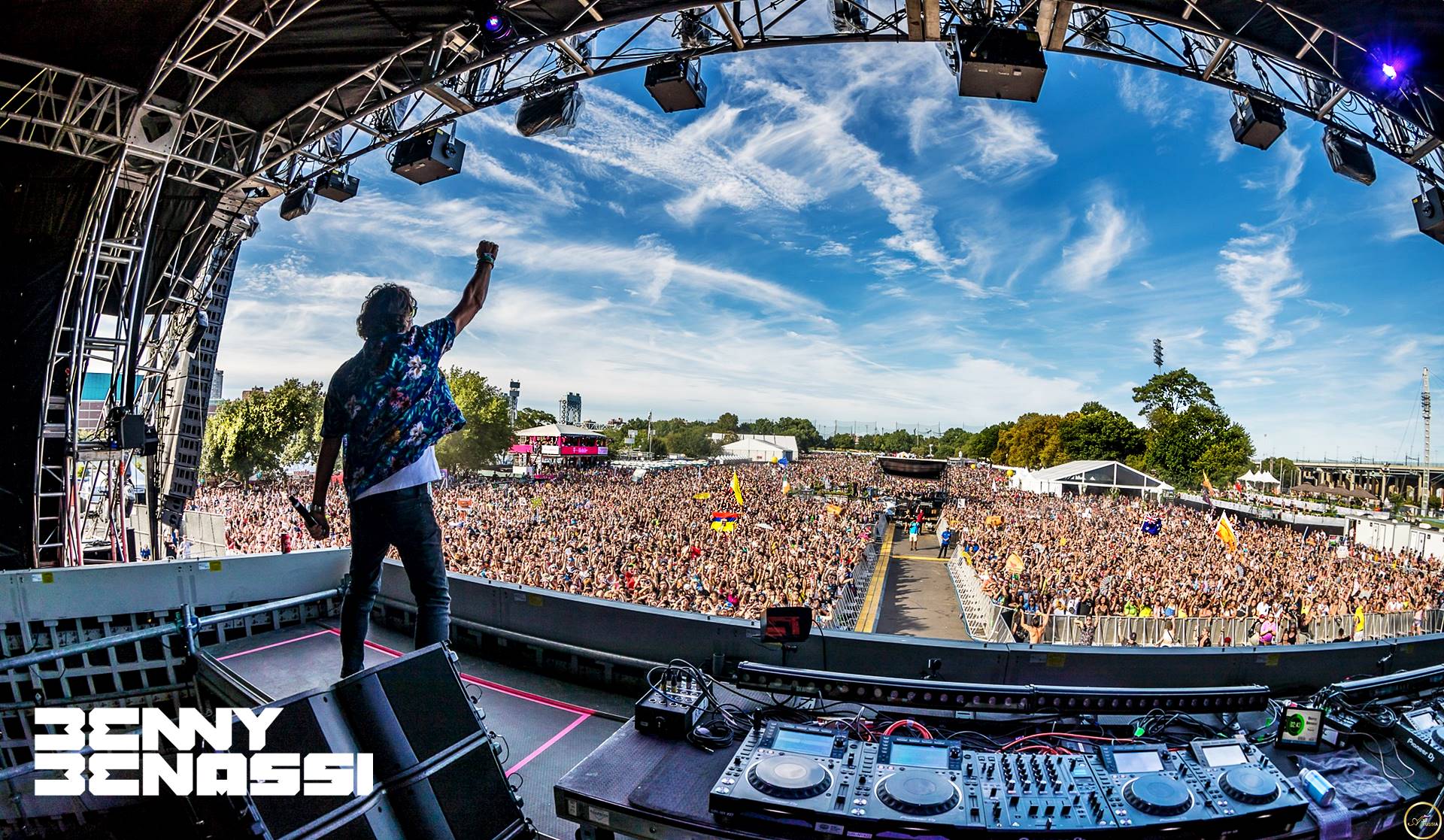 “Paradise” stayed in the Top 50 UK charts for 10 weeks and boasts more than 65 million video views and close to 47 million Spotify streams. In recent years, Benny’s main releases include “Everybody Needs A Kiss” featured US duo Sofi Tukker racking up over 10 millions streams online and was featured as the sound of gay pride for Musica.ly, “Lonely Nights” featuring Lil Yachty, interspersed with two great house-oriented tracks, “Inside” with Chris Nasty, performing well in clubs and on streaming platforms and “Everybody Hates Monday Mornings” with his own production outfit, BB Team, and featuring the eccentric and charismatic YouTuber, Canguro English. Beyond his own productions he brought his sound to a wider musical audience with a flurry of high-profile remixes with the likes of Bob Marley & The Wailers, Giorgio Moroder, Madonna, Sean Paul and the Rolling Stones, to name but a few; whilst maintaining a weekly radio show on the US heavy-weight iHeart Radio broadcasting to a staggering quarter of a billion listeners monthly. 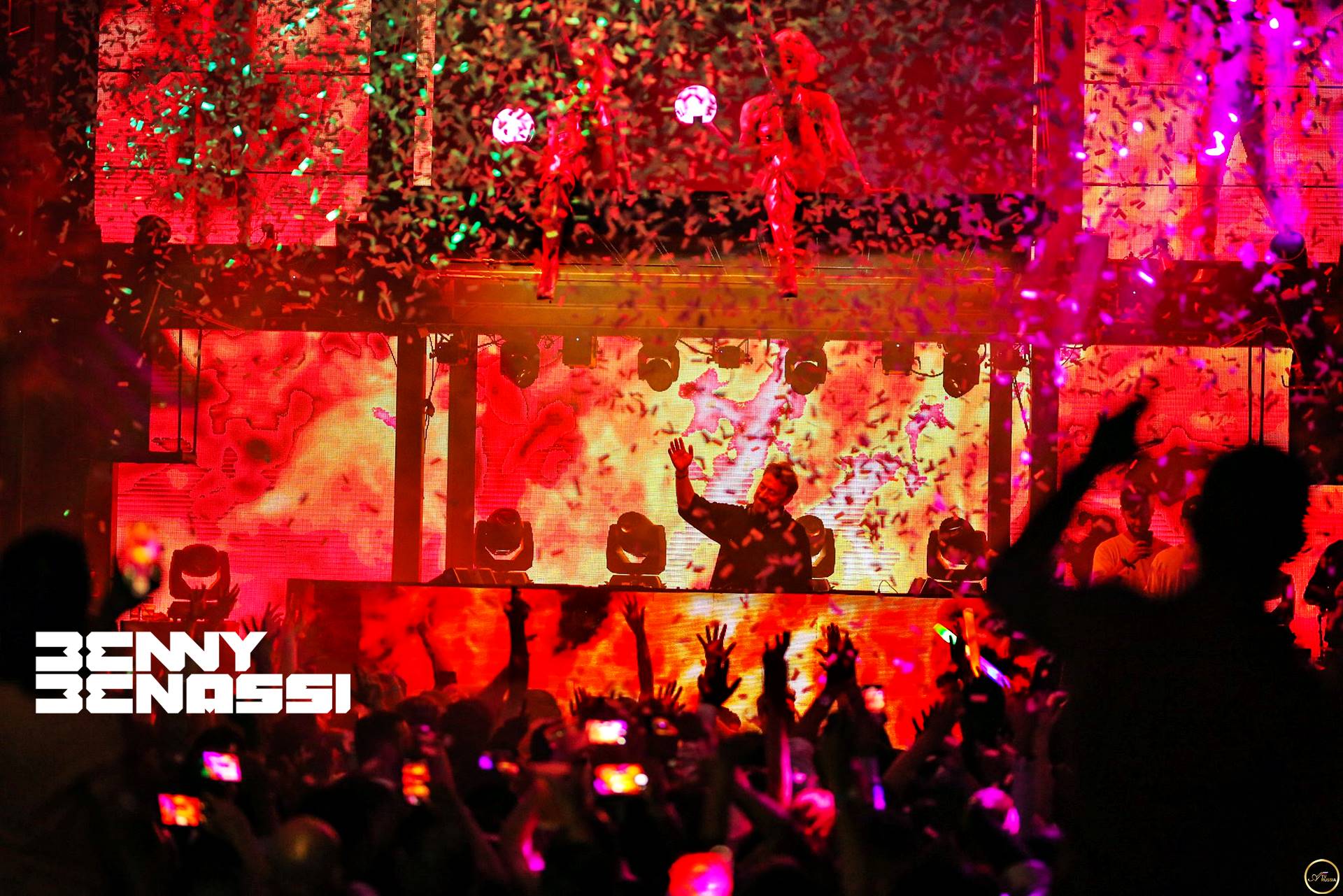 The best reviews about: “ Benny Benassi”