When reality competition series contestants leave the stage for the last time, their fate is arguably unknown. Sure, every week the audience has the propensity to make or break their connection to the rest of the world, but once the final curtain call happens, it’s the talent that is the winning catalyst. 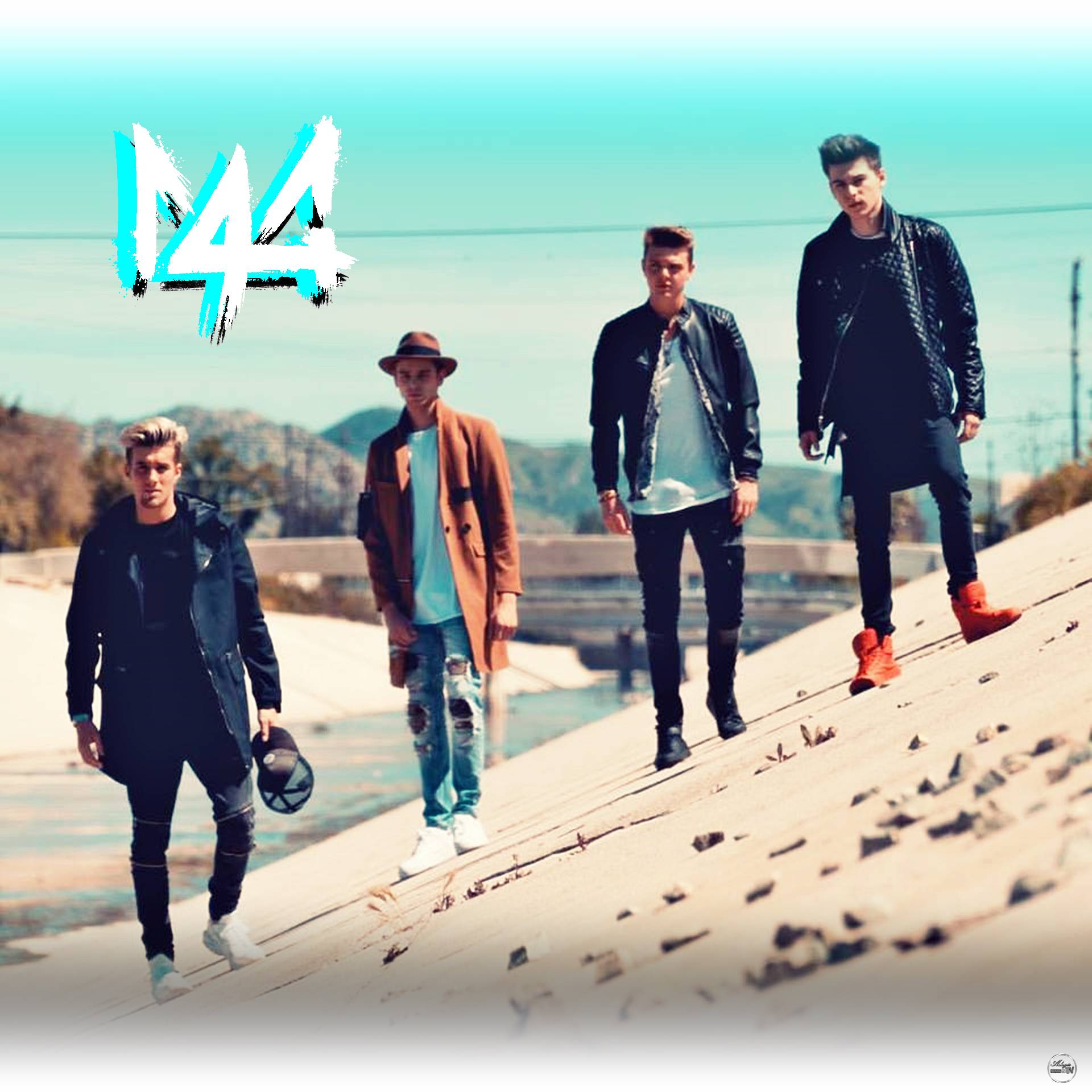 For The Fourth Kingdom -better known as 4TK, their success following their respective experiences on Belgium’s The Voice in inimitable. Sebastian, Jaxon, Shane, and Kyle each forged their own respective paths prior to coming together. 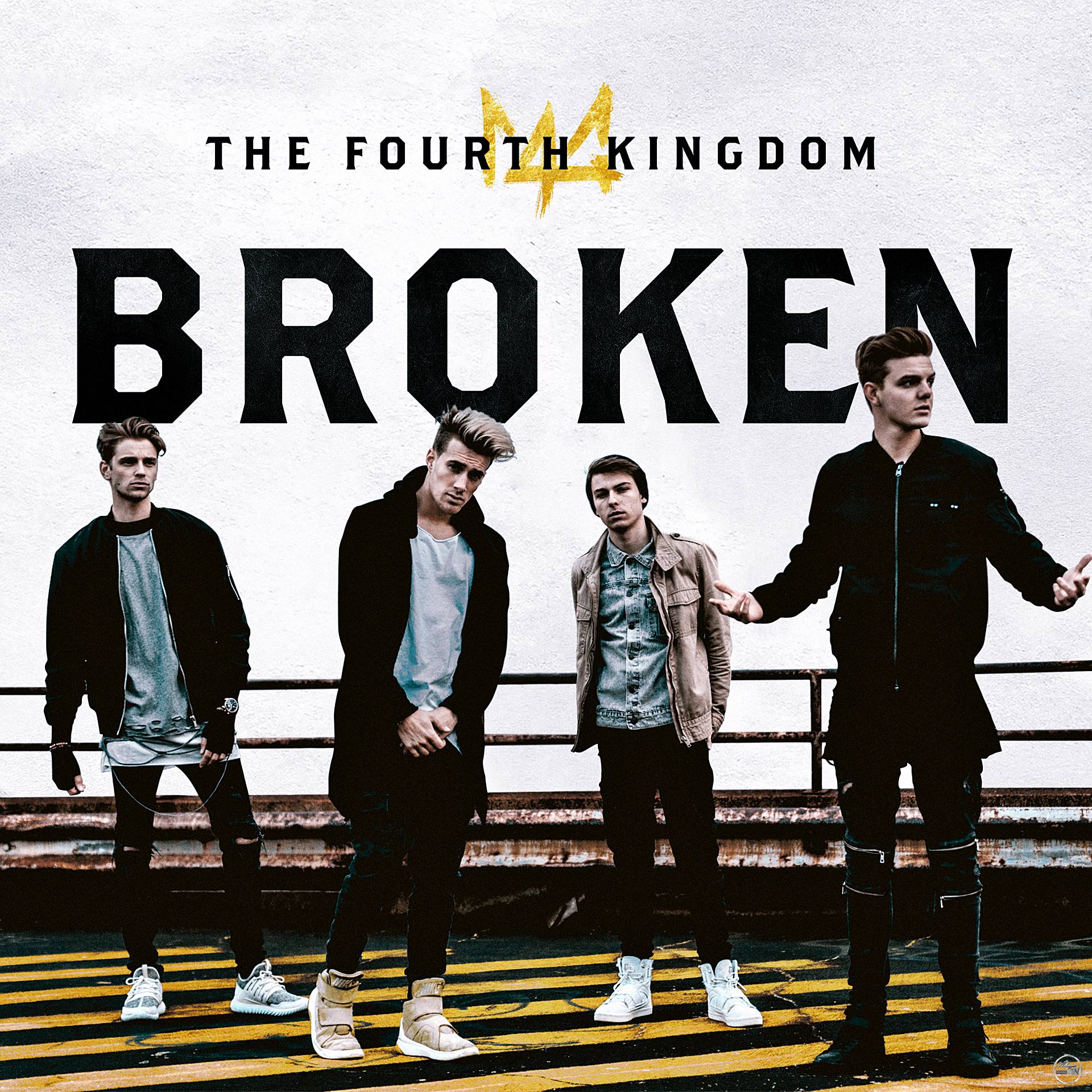 However, as a group, they’re unstoppable. Armed with their hit single “Broken” and a star-studded group of collaborators, get ready for the globe’s next Pop sensation, 4TK. Their stories started individually, yet yielded indescribable collective results. “For me it all started in the shower,” Jaxon says with a laugh, yet partially serious. Jaxon played in a soccer team and one day his teammates heard him singing while showering and suggested he make music.

“So I did,” he says with humble confidence. Kyle – with perhaps the most unorthodox twist of fate – started a recording studio with a friend and realized his gift once he began singing reference tracks in the studio he owned. “When we mixed down the tracks, we said, ‘Hey this sounds pretty good!’ So then I recorded more,” Kyle explains. He anonymously released songs over YouTube – a cover of Ne-Yo’s “So Sick” sealed his fate once the cover received significant feedback. It was time to step from behind the curtain. Sebastian was gifted his first guitar for his 15th birthday and started taking his craft seriously after that. “The singing happened before, but it all came together once I started playing the guitar,” he explains. Shane’s start happened right on stage of The EUROVISION contest for kids , as he participated in tryouts so his brother wouldn’t have to alone.

“My parents said, ‘Go help a brother out,’” he says with a laugh, ultimately leading him to make music his career. His batlle in The Voice , as he sang a cover of Charlie Puth “ Marvin Gaye” went viral & reached over 9! million views on youtube, it made him a instant celebrity in his home country. 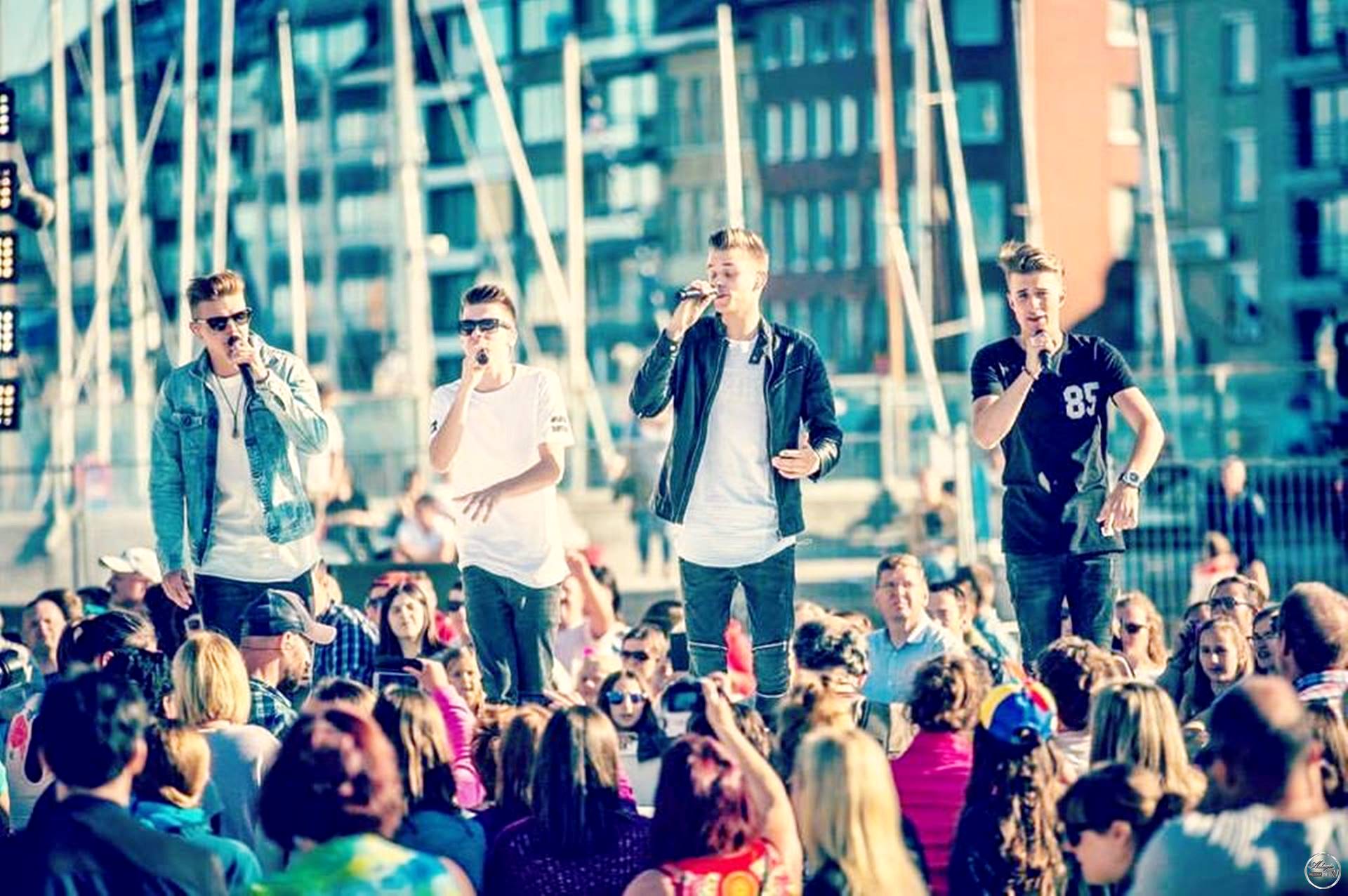 While Jaxon and Kyle dabbled in music together as friends from the same city in Belgium, the rest met through the reality series franchise. Shane was a teammate on The Voice with Kyle and soon thereafter forged a bond with Jaxon on an opposing team. Sebastian was from the previous season, already working with the band’s soon-to-be manager Peter who had visions of starting a band with members of the season following Sebastian’s. Interest piqued, Sebastian scheduled a meeting with the guys. Per Sebastian, “We clicked and it was…” the band then collectively interjects with, “love at first sight” in unison. We are not just 4 singers, Shane adds, I play the drums , Sebastian guitar, Kyle piano and Jaxon ..he plays with the girls -laugh, no Jaxon also plays guitar. The group came together initially as State of Mind, making music with the mantra to keep things unique and authentic. Inking a deal with Universal, State of Mind released two singles in Belgium that reached the Top 10 on iTunes. The group performed for audiences in excess of 10,000 people, garnered radio fame, and yet ultimately had to change their name when another group called State of Mind was blocking their shine. “People would reach out to us and ask where they could find out more about us,” Shane explains. “But every time they looked us up it was the other band. That’s when we knew it was time to rename ourselves.” 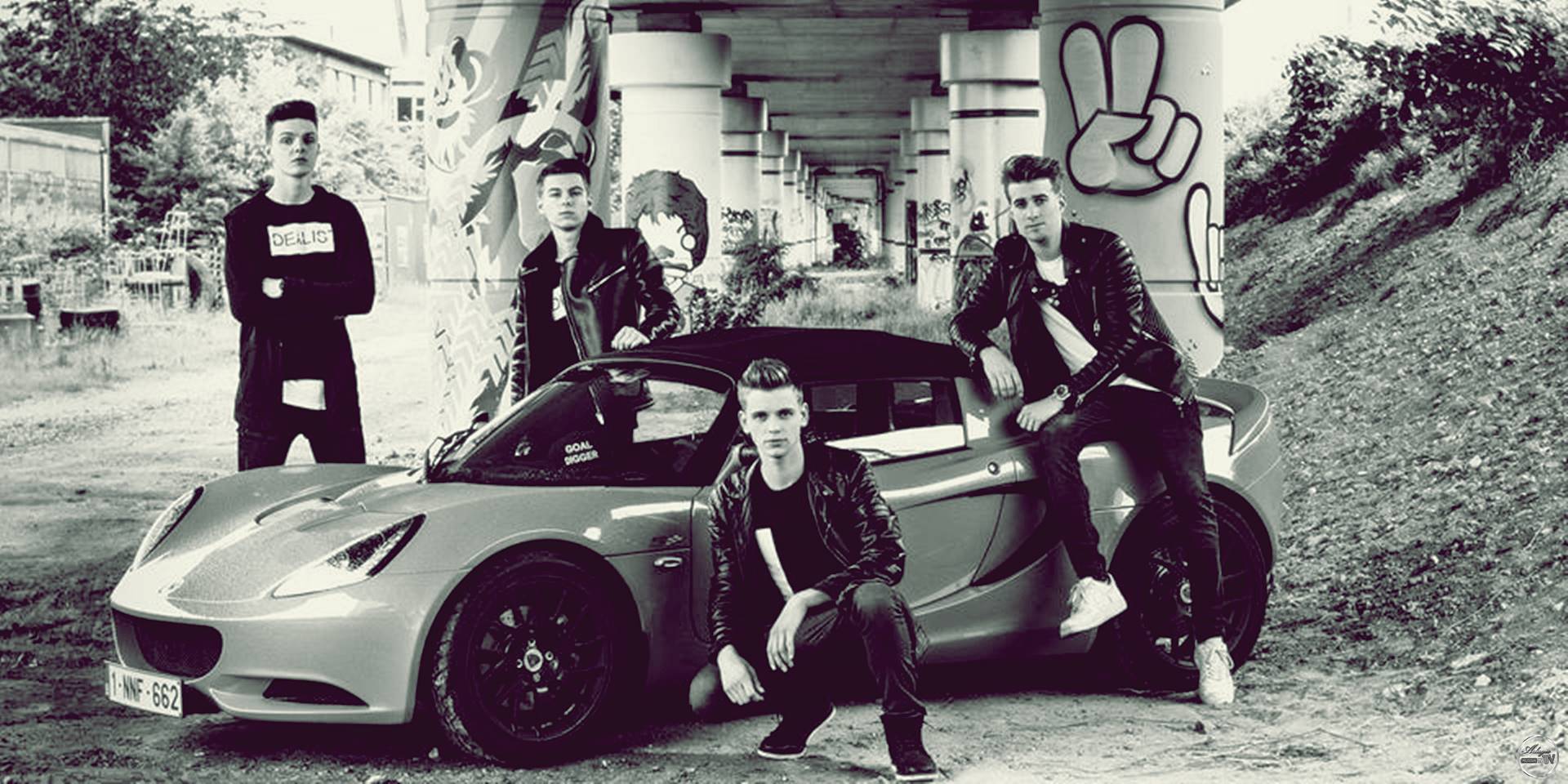 “It’s a world we create within ourselves.” Their first single, “Broken” was co-written by the band, harboring a universal sound that transcends language and culture as the message of heartbreak can speak to anyone.

Their follow-up single “Always Need You” boasts a cameo from international star Flo Rida, with the next track on the pipeline “Ready Set Go,” featuring none other than Nicki Minaj. It’s a story that most dream of beginning with a tale that they’re still writing. While 4TK are embarking on stardom, they’re keeping their mission clear. “We want to make music where people can connect through our own sound,” Kyle explains. “We want to boriginal and bring something new to music,” adds Jaxon. “ 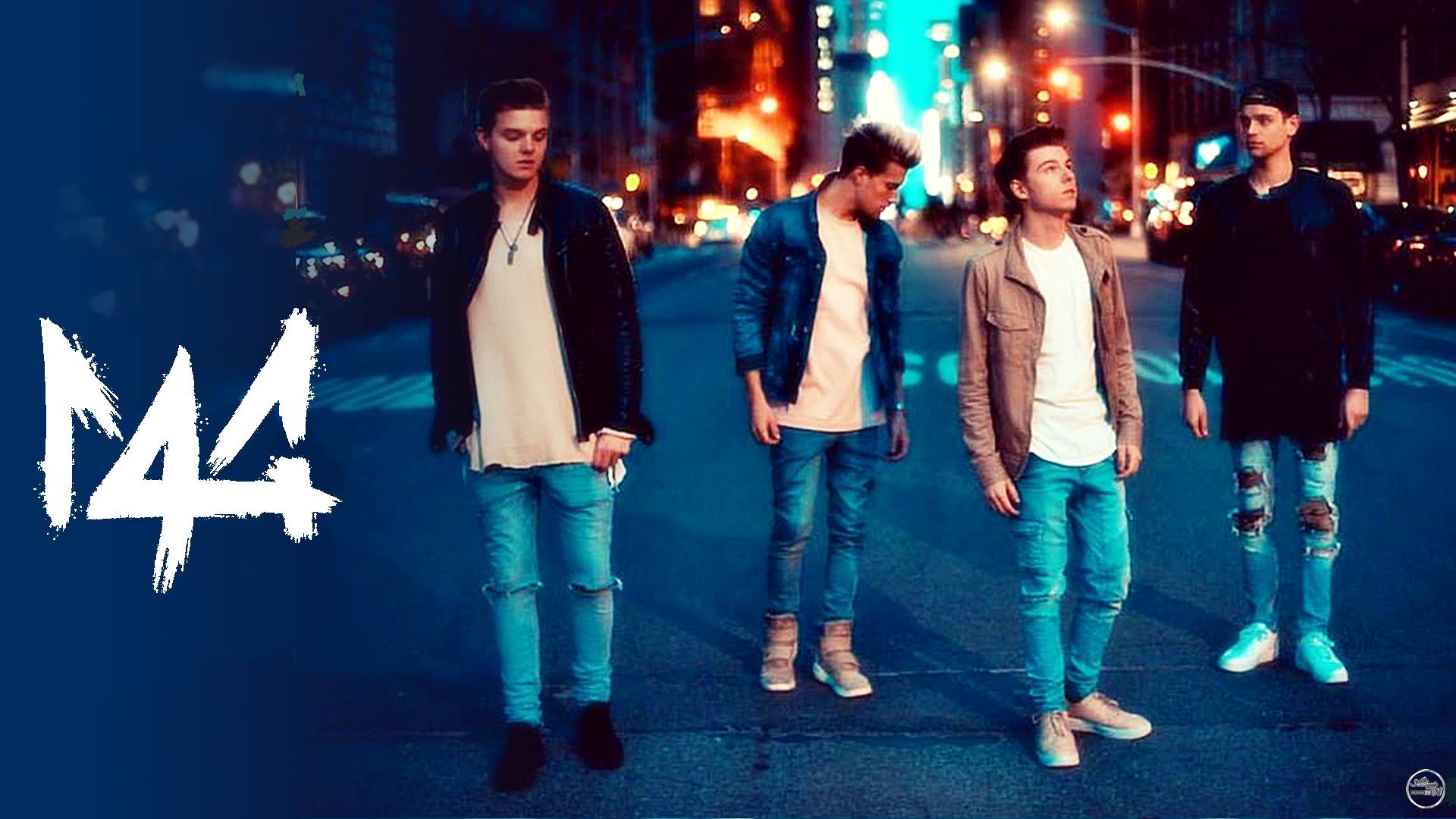 The best reviews about: “ The Fourth Kingdom”