Every decade, music fans are gifted a prodigy with a talent and vision transcendent of their birthdate Pharrell Williams to Tyler the Creator. The next unicorn comes courtesy of RECORDS and Columbia Records. San Francisco native, 24kGoldn is an 18-year-old rapper, singer and arranger who already possesses the adventurous delivery of a Young Thug and song craftsmanship of Future. Add on the fact that he is also a freshman at the University of Southern California and his special begins to crystallize. 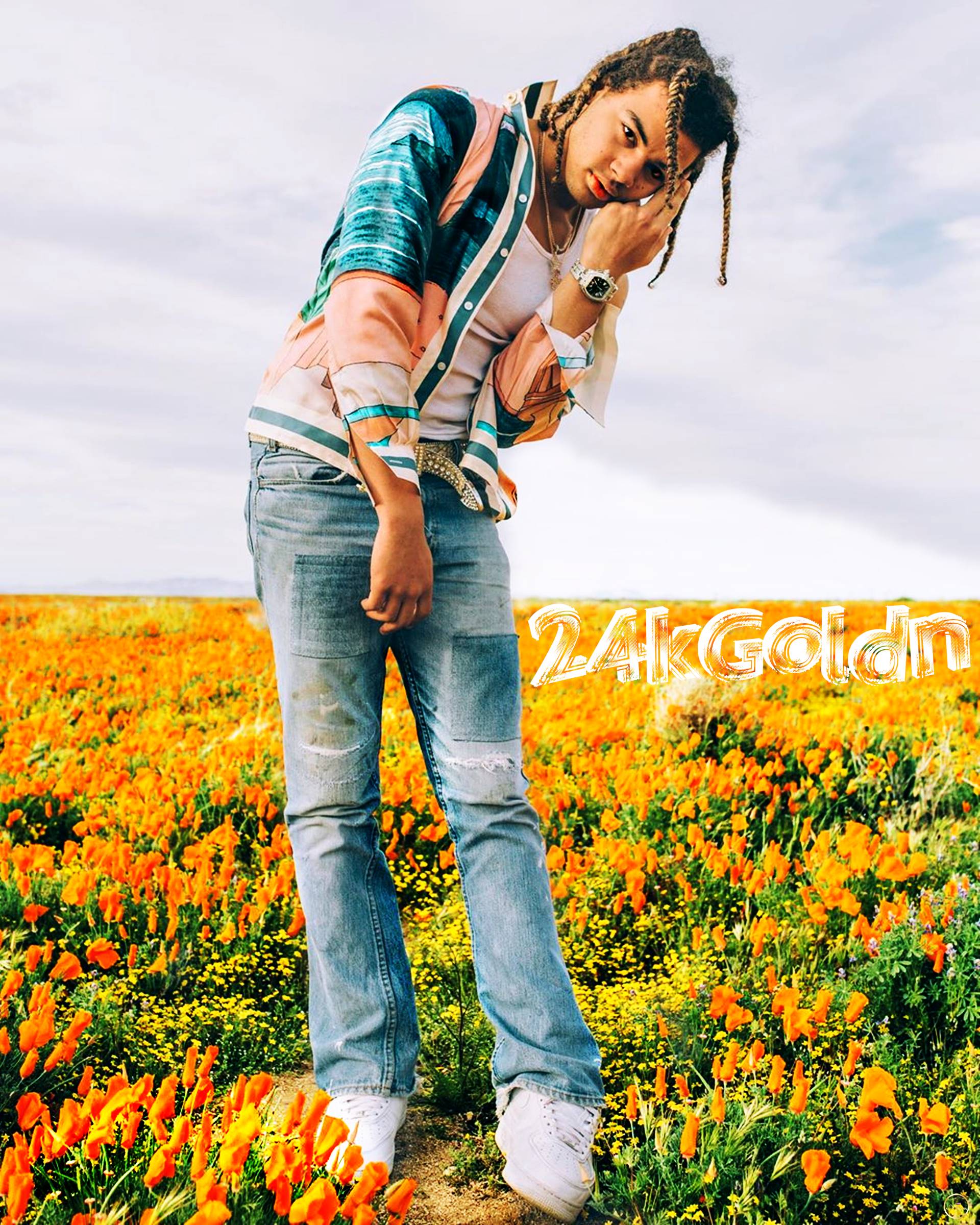 Melody is Goldn’s muscle. His smorgasbord of rhyme style initially snatched the attention of DJBooth.net. After an early 2018 post on “Soundcloud rappers” went viral, he decided to separate himself with the infectious “Balling Like Shareef.” Inspired by the high school basketball dominance of Shaquille O’Neal’s son, the breakout song finds its author spitting a fiesta of hoop metaphors atop a flow as fun as the Black Mayo-produced track. The championing of Djbooth.net landed the young talent on a flight toward the office of decorated music executive Barry Weiss. Blown away by the teen’s intelligence, 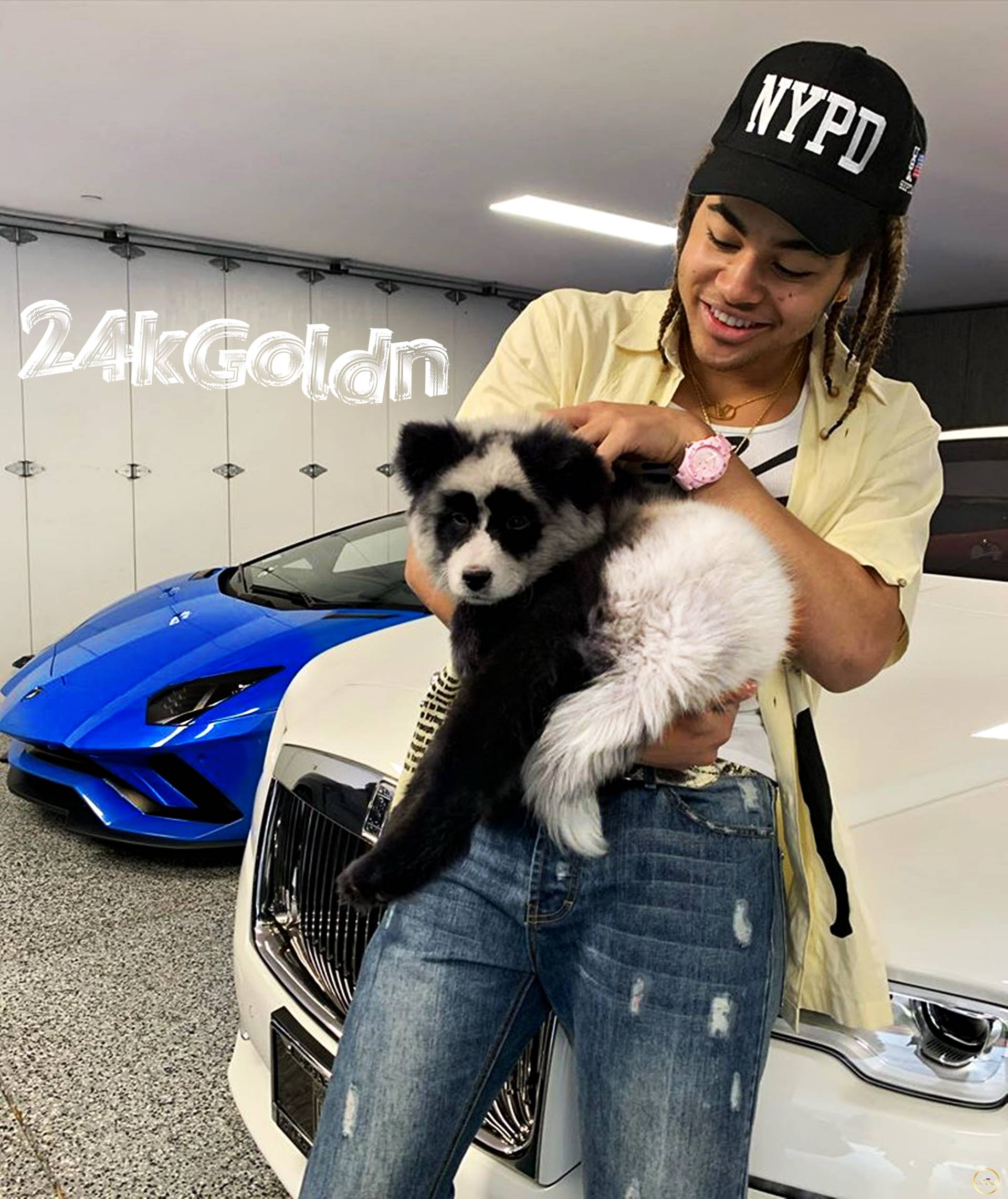 charisma, and ear for music, Weiss inked the future star to his RECORDS label -distributed by SONY.

Although Goldn loves a good freestyle session, he navigates his embryonic career with the strategic and purposeful intent of a CEO in the classroom and studio. He remembers Social Studies being his favorite course reflected by his diverse social media optimization and 50K following. Now he’s on scholarship, majoring in Business at USC, with a trajectory that screams young mogul. His ingenuity and drive is unrivaled by any other MC too young to consume alcohol. When an early jones for throwback Jordans blossomed into a full blown sneaker addiction one that Goldn’s parents refused to sponsor he learned the trade of selling and reselling coveted footwear -His mantra: “A ‘No’ simply means ‘Not right now.’” Hustling kicks would later fund his affinity for designer fashion. That stylish persona is the driver of his upcoming EP, Boutique, comprised of caffeinated songs all titled after Goldn’s favorite luxury brands and designers ex. “Valentino,” a sparkler of a track destined to fuel youthful dance floors. A former honors student who pumps positivity with mumble-deficient bars is a glass of water for a thirsty culture. Unheard of is a teenage rapper with balanced goals like Snapchatting from NYC’s Fashion Week and teaching financial literacy to his future label. That is, until now. The future looks Goldn. 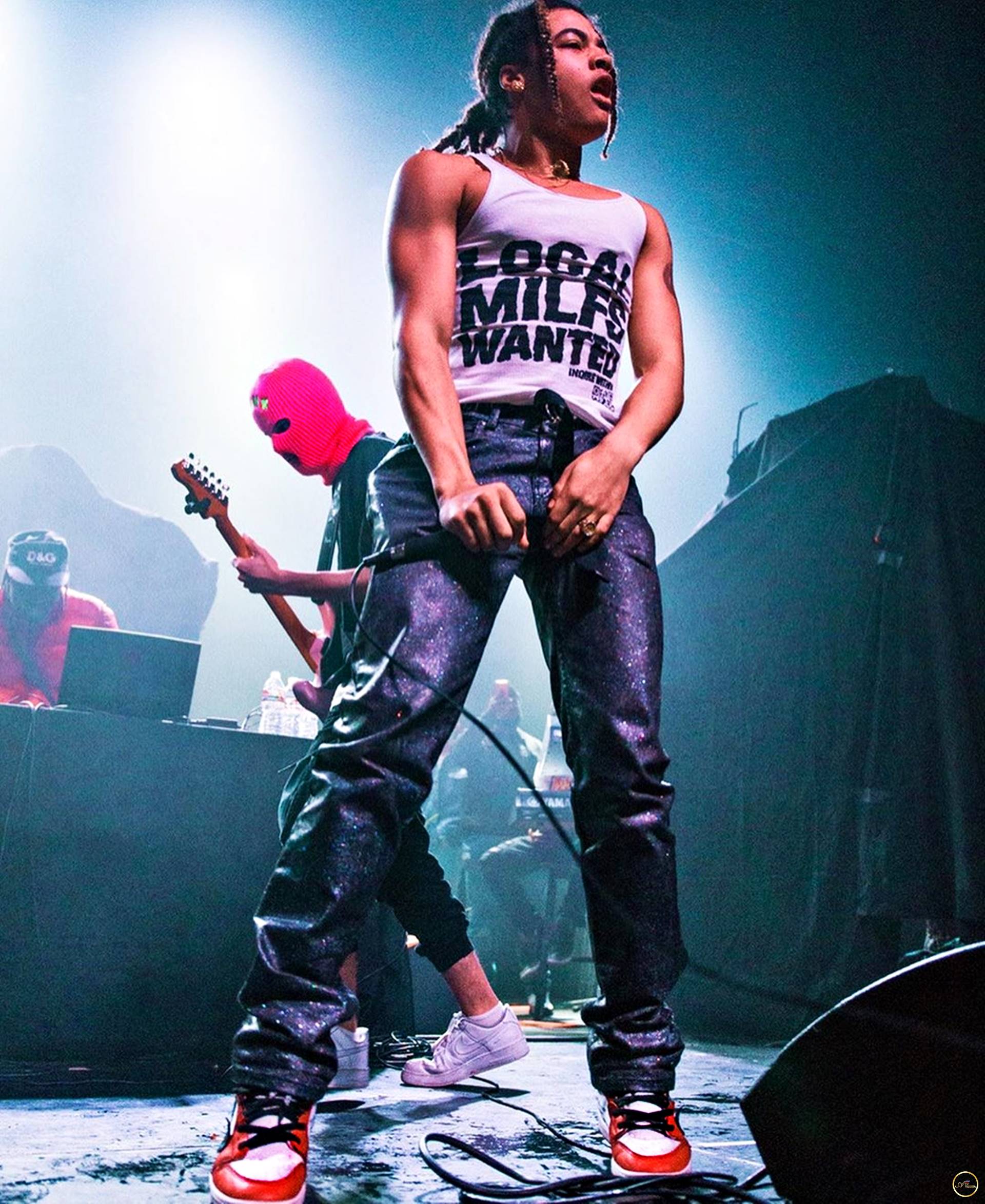 The best reviews about: “ 24kGoldn”